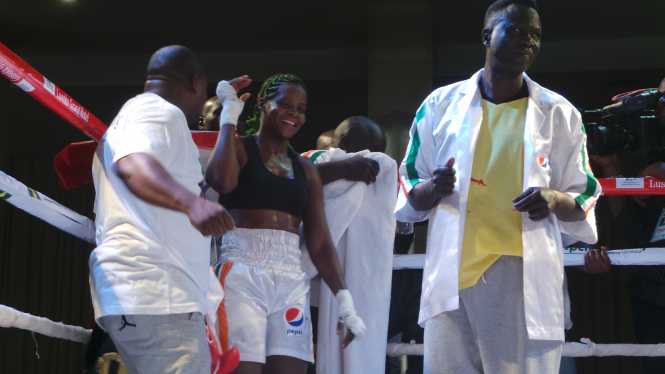 The much anticipated match against South African boxer, Sandra Almeida ended with officials declaring it a technical draw.

According to the officials the match ended in the third round with an accidental head butt which left Esther’s opponent sustaining a deep cut above the right eye.

” I am a champion and I believe have won the match. I beat her in the two rounds. She has no punch and has to go and train again,” said a boastful Esther

Sandra said despite sustaining a deep cut, she had begged the doctors to allow her to continue.

” I begged the doctors to continue but they said i was not fit. I definitely want a rematch,” she said