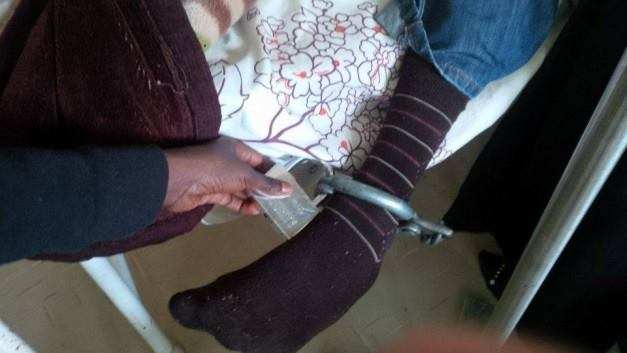 CHAINED to his hospital bed Trevor Mwiinde at University Teaching Hospital in Lusaka.
Mwiinde was arrested in January at the height of the Presidential by-election campaigns. He was arrested during a political clash between the ruling party – PF Cadres and opposition UPND at Chilenje’s Chris Corner.
Mwiinde was detained at Chilenje Police Station. When he appeared in Court, he was slapped with aggravated robbery which is not a bailable offence. He has since been incarcerated at Chimbokaila Prison awaiting trial.
Source: Zambian Eye