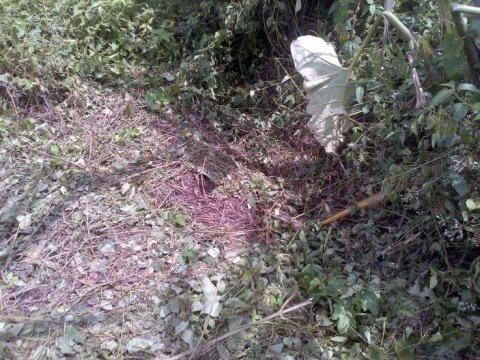 A newbornly premature baby is battling for its life in Thompson District hospital in luanshya after he was picked from a bush in Kafubu block where he was dumped by an unknown person.

ZANIS in Luanshya who visited the baby in the hospital reports that the newborn believed to have been born prematurely weighed slightly above 700 grames and was seemingly facing breathing challenges with swollen arms and legs.

And Copperbelt province Police Commissioner Joyce Kasosa disclosed that the baby was reported to have been found in a bush in Kafubu block village yesterday just before 14: 00 hours by Monica Mwela of the same village.

Ms Kasosa said the baby was dumped in the bush by an unknown person shortly after giving birth.

She added that the baby was then taken to Thompson hospital for analysis, medical care and custody.

Meanwhile, the Copperbelt Police chief noted that an inquiry into the matter was opened and that investigations have since been launched.

Luanshya district has recorded three cases of desertion of newly born babies in the past two weeks.

And Luanshya District Commissioner Harold Mbaulu regretted the development calling on the community to remain alert to such vices.

Mr. Mbaulu noted with sadness that mothers who are the givers of life were instead involved in such practices.

He urged the community to cooperate with law enforcers in the district to put a stop to the vice which appears to slowly become a trend.
ZANIS