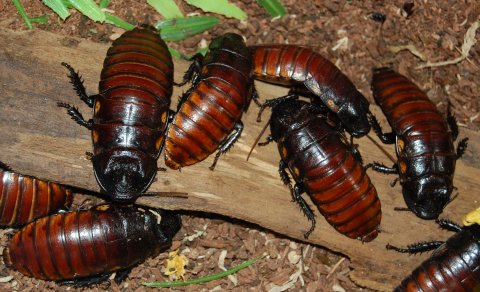 The United Nations human rights chief on Friday called on Britain to tackle hate speech in the tabloid press after a columnist compared migrants to “cockroaches” and advocated using gunboats to stop them from coming to Europe.

Zeid Ra’ad Al Hussein said the article was an extreme example of anti-foreigner articles that frequently appeared in UK tabloids, sapping compassion for people drowning in the Mediterranean in the desperate attempt to reach Europe.

He called on Britain and other EU countries to act against racism and xenophobia which “under the guise of freedom of expression, are being allowed to feed a vicious cycle of vilification, intolerance and politicization of migrants”. The Sun newspaper, part of Rupert Murdoch’s media empire, published the article by Katie Hopkins on April 17.-Yahoonews

NO, I don’t care. Show me pictures of coffins, show me bodies floating in water, play violins and show me skinny people looking sad.

Make no mistake, these migrants are like cockroaches. They might look a bit “Bob Geldof’s Ethiopia circa 1984”, but they are built to survive a nuclear bomb. They are survivors.

It’s time to get Australian. Bring on the gunships, force migrants back to their shores and burn the boats.

The list of people either unfollowing, attacking or just being generally outraged is truly impressive, even by Hopkins’ high standards.

So far, they include Piers Morgan, Russell Brand and Matt Lucas and a range of Guardian writers, including Owen Jones, who seemingly can’t decide whether to condemn or simply ignore Hopkins.