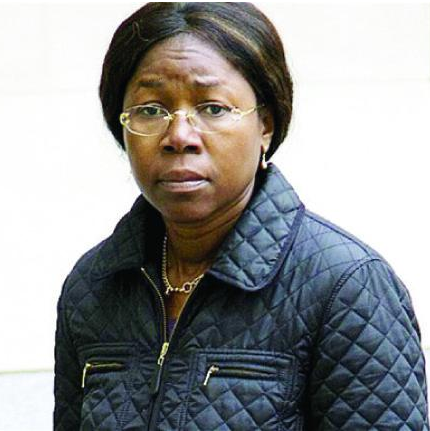 A BOOKKEEPER at a leading real estate firm who plundered £2 million from her bosses to launch her own property empire in Zambia and send her children to private school has been jailed for four years.Mirriam Clark, 47, spent the money on first class flights to Africa, funded her children’s education, bought properties in her native Zambia and used stolen funds to maintain five homes she owned across England and Wales, Southwark Crown Court heard.Clark was working for Dowley Turner Real Estate from their luxury offices on London’s Bond Street at the time of the thefts.Prosecutor Charles Pentangeli said only £295,000 has been recovered by Clark’s former bosses so far.“This fraud was carried out over a three-and-a-half year period while the defendant was the bookkeeper for the property and real estate consultancy firm Dowley Turner Real Estate, based in London.“The partners at the business had both known the defendant for 15 years, she having previously worked for the previous incarnation of the firm between 1995 and 2006.“Not only did she work as a bookkeeper and a personal assistant to Mr Dowley and Mr Turner but she was their friend.“She played a key role with the business’s bank account and tax affairs.”Clark siphoned £1,977,327 from the company over a three-and-a-half-year period, the court heard.She confessed to the thefts, which began in late 2009, just days after she was sacked for work related reasons in March last year.Clark said she stole the cash to pay off credit card debt and claimed she had been struggling financially since her divorce.But it emerged she had spent £50,000 of her employers’ money on 14 return flights to Zambia and paid a £25,000 gift to an ex-employee of the firm.Even after all Clark’s properties are sold, Dowley Turner may be short of £700,000 as a result of her fraud.Jailing Clark for four years, Judge Alistair McCreath said: “While this fraud was going on, you were buying other properties in Zambia from the proceeds of your crime.“You were taking flights which the partners paid for personally – 14 of them – the maths suggest you weren’t going economy.“These thefts were over a substantial period of time, in excess of three years, and you were in a position of trust.“You have caused your former employers, your former friends, a significant loss indeed.”Clark, of Ealing, west London, admitted fraud by abuse of position.Detective Constable Malcolm Duncan, of Westminster Major Crime Unit, said: “Miriam Clark was put in a position of trust by colleagues who she had worked with for a number of years.“However, she chose to abuse that trust and defrauded her employers out of a significant amount of money with no consideration of those that had employed and trusted her.“It is commendable how they have managed to not only stay afloat but also managed to safeguard their employees’ livelihoods during what has been a difficult and upsetting time.”One of the directors of DTRE, who did not wish to be named, said: “From the outset this has been an extremely harrowing experience, which has not come close to ending for us, as individuals or a company.“Mirriam Clark has not disclosed to us, the court, or the police where she has put the money. This has been, and continues to be, the most arduous and stressful time of my and my business partners’ lives.”