Chiefs are looking to beef up their attacking department during this transfer window, and they have already acquired the services of striker Siphelele Mthembu from Platinum Stars.

The chance of Amakhosi retaining TSG 1899 Hoffenheim forward Knowledge Musona are getting slimmer and slimmer with each passing day. The Zimbabwean has attracted interest from a few European teams.
Now, according to a source in Zambia, forward Ronald Kampamba is being monitored by the Soweto giants.
“The boy is wanted by a few teams in Africa and overseas. A big South African club, Chiefs are also monitoring him,” a source told Goal.
The 22-year-old striker plays for reigning FAZ Premier Soccer League champions Nkana FC, and ‘Sate Sate’ finished the 2013 campaign as the league’s top goalscorer with 18 goals.
“I won’t be surprised if they contact Nkana soon. Ronald is a great finisher, and he’s targeting another top scorer award,” a source concluded to Goal.
Kampamba’s rich vein of form continues after netting for Nkana over the weekend against National Assembly in a league match. He’s seeking the Zambia golden boot for the third successive season.
Meanwhile, Goal understands that Amakhosi are still negotiating with Ugandan striker Daniel ‘Dan’ Sserunkuma’s representatives regarding a possible move to the Absa Premiership side.
However, the Gor Mahia forward is currently undergoing trials with Danish outfit HB Koge in Europe. His Kenyan club, will soon decide which offer to accept if the Danish side bids for SSerunkuma too.
Source – goal.com 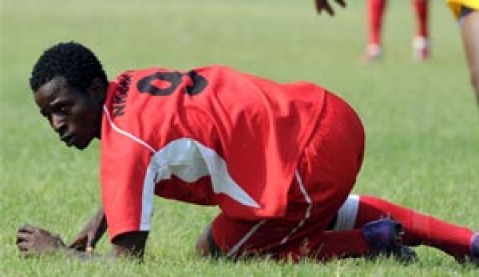