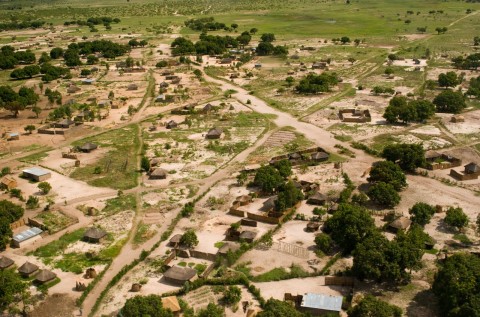 Kalabo District Council on April 28th swung into action with the help of the Zambia Police to remove illegal settlers who have settled at the harbour.

The illegal settlers who are mostly businessmen and women also had their goods confiscated to deter them from conducting any further business at the premises.

Over 500 settlers had built makeshift shelters on the shores of Luanginga River without proper sanitation an act that attracted the local authority’s attention.

It is believed that the settlers were defecating in the river which is the main source of water for residents of Kalabo causing a serious health hazard to both the community and themselves, considering the fact that Kalabo was a typhoid prone area.

Speaking in an interview with ZANIS shortly after the exercise, Acting Council Secretary Milly Muluti vowed not to rest until there was sanity.

Mrs Muluti said the illegal settlers were fond of returning to the undesignated harbour during weekends and it was for this reason that the local authority would consistently monitor the situation.

“This time around we have to prevent typhoid. We mean business of course with the help of the Zambia police and we are going to be consistent in our operations, we hope to get the necessary support from the local people as well,” Mrs Muluti said.

The council has since found an alternative place at the market where the illegal settlers can trade in a conducive environment.

In 2010 over 30 people died of typhoid in Kalabo district.