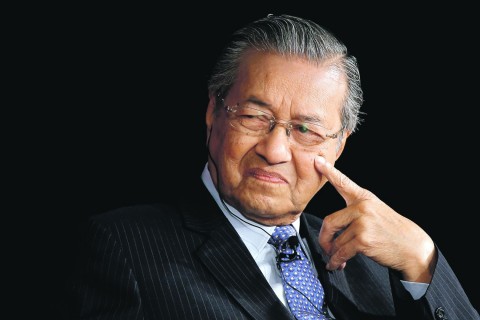 The missing plane Malaysia flight 370 is being blamed on jet manufacturer Boeing by the former Malaysian Prime Minister Mahathir Mohamad.

In a related report by The Inquisitr, because of the likely death of the batteries in the missing jet’s black box it’s claimed by US officials that the flight MH370 search could take years just as Malaysia readies to release a report on the missing plane. Of course, some conspiracy theories claim the flight 370 passengers are alive in Afghanistan.

Mahathir Mohamad was the fourth Prime Minister of Malaysia, serving from 1981 to 2003. During those 22 years he became well known for making controversial statements, including starting a flame war with a 10-year-old English schoolboy. While some critics have targeted Malaysia Airline System’s handling of the search for the missing plane flight 370, Dr. Mohamad believes these people need to shut up and instead focus their criticism at Boeing:

“I am very upset over MAS employees being held hostage in Beijing by the relatives of the passengers of MH 370. I am upset because they are blaming the wrong people. The loss of the plane is due to the makers Boeing.”

Mohamad believes the communications systems built into the Boeing 777-200ER jet design should have allowed the cabin crew or the co-pilot to communicate in an emergency if the pilot was not flying the scheduled route. He says “none of them seem to have tried” because the whole communication system was disabled, which he believes should not be possible if only one man was behind the disappearance. He also believes the missing plane should have been tracked via passengers’ cell phones, GPS, or at least the “spy satellites operated by some countries.”
Read more at http://www.inquisitr.com/1228669/missing-plane-flight-370-search-blamed-on-boeing-by-malaysias-former-prime-minister-mahathir-mohamad/#aP5XXOsFU2efsMCg.99