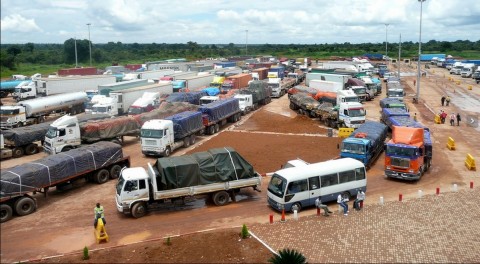 Mr Kalaba says the Democratic Republic of Congo-DRC- has now secured their side of the border and truck drivers have been assured of security.

He says it is not in the interest of both countries to see the continued killing of truck drivers in the DRC.

And Mr Kalaba has dispelled assertions that some foreign heads of state are shunning state visits to Zambia due to the country’s bad image.

He says Zambia enjoys cordial and warm relations with the international community and no one is shunning the country.

Mr Kalaba has cited Zambia’s role in the liberation struggle as well as its role in mediating conflicts in Africa as part of its high profile engagements.

The Minister said this when he appeared on a live Government Forum phone -in-program on Radio Two on Thursday morning.

The Kasumbalesa border area has in the recent past been a centre of infamous news head lines of protests over truck drivers killed in cold blood.