Home GENERAL NEWS Justice Security guard shot as Masked and armed Robbers get away with over... 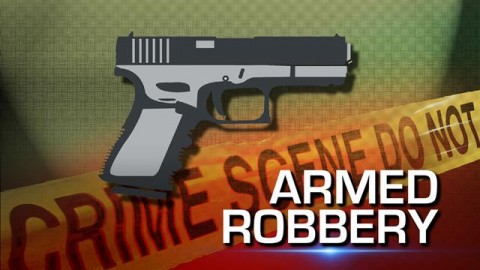 MASKED bandits yesterday opened fire at an Antelope Milling Company vehicle in Luanshya and went away with more than K540, 000 cash and cheques valued at K542, 254 in a broad daylight attack.
A security guard was shot in the knee during the exchange of fire that ensued between the bandits and a Police officer who was accompanying the Antelope Milling vehicle.
The robbery happened outside Standard Chartered Bank premises around 12:00 hours, causing panic among members of the public who scampered for safety.
On board the milling company vehicle registration number ACG 2490 which was transiting the money was a Police officer, a driver, a cashier and the security guard.
Police spokesperson Charity Chanda suspected that the milling company vehicle was being trailed by four bandits who used an unregistered Toyota Corolla, silver in colour.
The vehicle was found abandoned at a night club around 16:00 hours yesterday and in it was a number plate, cheques amounting K514, 000, an empty trunk and headsocks used to cover the bandits’ faces.
“The four criminals were wearing masks. It is believed that they were trailing the vehicle that had employees of the company going to deposit money at Standard Chartered Bank in Luanshya yesterday.
“The security guard was shot on his left knee by one of the bandits, he has since been admitted to Luanshya Mine Hospital for treatment,” Ms Chanda said.
She said the bandits sped away after getting the money, totaling K541, 736 cash and cheques valued at K542, 254.
She said the company personnel were ambushed as they were about to enter the bank to deposit the money.