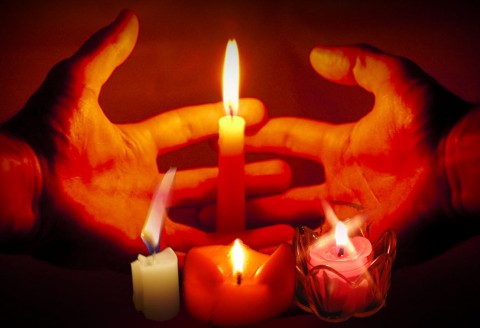 SOME suspected ritual killers, posing as ministers of the gospel, have invaded Kafue district and are rumoured to have killed some people believed to have attended their worship sessions in the mountains.

And a widow of Kafue police camp has survived an attempted abduction by five men disguised as women belonging to some church group.
Police spokesperson Munganga Chanda told the Sunday Mail in an interview that on dates unknown last month, police picked a decomposed body in the mountains where some spiritual churches conduct prayers.
“It was very difficult to tell whether there were rituals involved because all the body parts were intact though the body was in a decomposed state,” Ms Chanda said.
“We have instituted investigations to establish what happened exactly,” she said.
But Kafue district commissioner Grace Ngulube revealed to the Sunday Mail that she has so far received reports on three similar cases.
“The information which we have is that three bodies have been picked so far in the mountains where people from spiritual churches in Lusaka conduct prayers.
“These people come from Lusaka in buses and climb the mountains without the knowledge of relevant authorities. There are mountains in Lusaka but they leave Chilanga district and come to Kafue. It is not only in Kafue where there is Christ, he is all over,” Ms Ngulube said.
However, some police officers talked to said only two bodies have so far been picked from the mountains, with one case reported by a friend of one of the deceased.
And some residents of Kafue’s notorious Zambia Compound said they are living in fear of the assailants posing as female preachers.
“These people [men]put on uniforms of women belonging to some churches. They even powder their faces and carry handbags to deceive people whom they later abduct and kill,” a resident who sought anonymity said.
Another elderly woman said: “We have stopped getting on vehicles driven by strangers because of this same issue. We are also discouraging our children from getting lifts from people they don’t know because they risk being murdered.”
Police could not immediately confirm the development as they have not yet received a ‘formal’ complaint or report on murder incidents perpetrated by the men who dress in women’s church garb.
But in a related matter, Ms Chanda has confirmed to the Sunday Mail that a group of about four men wearing female church uniforms last week attempted to abduct a widow of Kafue police camp after offering her a lift.
“They were in a minibus and they told this woman that they were ready to help her if she wanted a lift. But as she was about to get on the minibus, she realised that they were not women but men. She ran away and later reported the matter to Kafue main police station,” Ms Chanda said.
On Friday, the Sunday Mail caught up with the named woman who survived the attempted kidnap on her way from church.
“I was coming from the Kingdom Hall in Shikoswe on Sunday around 16:30 hours and I wanted to catch a lift. Later I stopped a white minibus with an orange ribbon and one of the passengers offered to help me. My heart skipped when I was about to get in because there were only five men on board, four of them disguised as women in church uniforms,” the widow said.
“I decided not to get on the bus but all the men started persuading me, saying ‘I am lucky and God loves me.’ The driver had dreadlocks and put on a knitted beret while the others were wearing blue head wraps, white blouses, and blue body wrappers,” she said.
“I sensed danger and realised that these people had other motives beyond offering me a lift because I jump on public buses and I have never had an experience of passengers persuading me to board.
It is only the conductor and the driver who plead with people to get on the bus and not passengers. They spent about five minutes trying to convince me to board but I refused.”