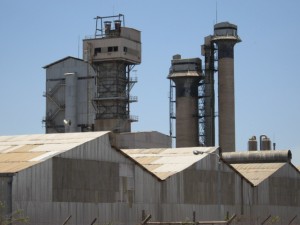 Nitrogen Chemicals of Zambia has started producing fertilizer for the 2014/2015 farming season.

Agriculture Minister, Wilbur Simuusa says the company will produce at least 20 thousand metric tonnes of fertiliser by the end of this month.

He said this in an interview with ZNBC news in Lusaka on Saturday.

Mr Simuusa says he expects to flag-off the distribution fertilizer to various districts in the first week of May, next month.

The Minister also says distribution of the fertilizer will end in August this year.

He has further urged other players on the market to work with Government by increasing fertilizer stocks for the benefit of the Zambian farmer.