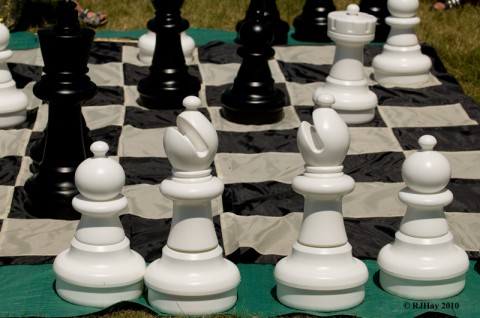 TOP seeds yesterday tumbled as Michael Kaoma and two others took early leadership of the Zambia Closed Chess Championship currently underway at the Copperbelt University (CBU) going into the round six.
With Kaoma, Godwin Phiri and Mubanga Mwandu sharing top slot with 4.5 points, top seed Stanley Chumfwa, an International Master (IM), was by Press time way down in 33rd position with three points in a tournament that has attracted about 86 players.
Kaoma is ranked 31 with Phiri in 64th position while Mubanga is ranked 56 but have caused upsets after the fifth round.
The likes of Mpanga Kasao in fourth position, Mwangelwa Mubita, Thomas Zulu, Geoffrey Lwanja, Mwansa Mambwe, Dibaba Bwalya and Maybin Phiri completed the top 10.
Fide Master (FM) Richmond Phiri, who is sixth ranked, finished fifth round in 12th position with 3.5 points with fourth seed Douglas Munenga in 14th position but also with 3.5 points.
Kelvin Chumfwa, who is a Candidate Master (CM) and tournament third ranked player, found himself in 18th position with second seed and International Master (IM) Chitumbo Mwali in 21st place while Stanley was in 33rd place with three points.
Stanley started his campaign with a draw against Kabwe Lwamfwe before losing the second match to Engelbert Malambo and then forced draws against Karika Phiri and Arnold Siuluta but recovered to beat Indala Mwamui.
Mwali lost his first match to Lwanja but managed to beat Siachinji Muleya, Bright Muyenga and Kachinga Simbeye before his winning run was halted by a defeat to Mubita.
Kelvin on the other hand drew with Malambo and Alick Nyirenda but managed to pick full points off Ernest Mubanga then drew with Clifford Kaimana before beating Kiddy Makwaya.
In the women’s category, Women Fide Master (WFM) Lorita Mwango two a two-point lead over Constance Mbatha while Alva Sorensen was in third place with two points followed by Linda Hamoonga also on two points with Phylis Mwilola on a point and Bwalya Kabamba had no point.