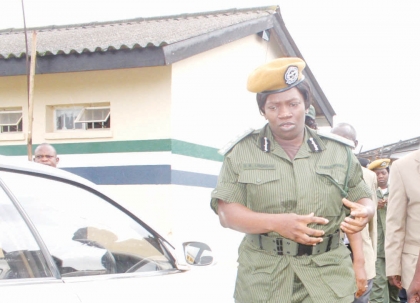 Police in Solwezi have seized 159 pockets of cement estimated at a value of K12, 000 packaged in Lafarge and Zambezi Portland bags suspected to have been stolen or illegally obtained.
The pockets of cement were seized from a shop behind old Total filling station in Solwezi after a tip off from members of the public that there were people selling cement suspected not to have been rightly obtained and two suspects have been arrested in connection with the same.

North-western Province Police Commissioner Eugene Sibote confirmed the development in Solwezi yestrday and identified the two as Kalambo Mulenga aged 32, a Kansanshi mine employee and Joseph Laimo of unknown age.

Mr Sibote said the two were cornered yesterday after having been on the run since March 26 2014 while a manhunt has been launched for an unidentified woman.

He said the two have been charged with being in possession of property believed to have been stolen or illegally obtained and counterfeiting
trademark contrary to section 377 sub-section 1(g) CAP 87 of the laws of Zambia.

Mr Sibote said the two are in police custody and will appear in court soon.