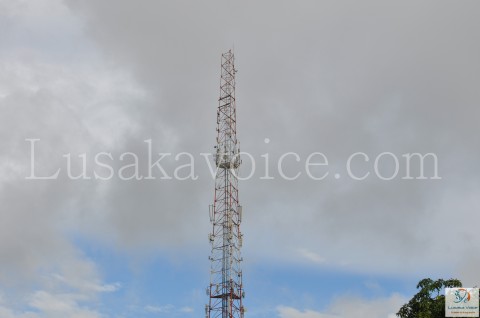 Vice President Dr Guy Scott has launched the construction of one hundred and sixty nine communication towers to be erected across all chiefdoms countrywide.

Dr Scott has told hundreds of Matanda residents in Mansa that the coming of communication towers will give business opportunities to people in rural areas.

The Vice President said women and Youths must seize the opportunity and engage in business ventures that will give them jobs to earn a living.

Paul Shalala reports from Mansa that Dr Scott launched the construction project in Matanda area of Mansa District this morning.

The Zambia Information and Communications Technology Authority is spearheading the project which will be executed by Huawei company limited.

And Communications Minister Yamfwa Mukanga says the construction of communication towers is a fulfillment of the 2011 campaign promises.

Mr Mukanga says apart from the communication towers, government has also constructed schools, hospitals and roads in line with its own campaign promises.

And Chinese Ambassador Zhou Yuxiao says the construction of the communication towers will make the One Zambia One Nation slogan work well as Zambians in rural and urban areas will be united.

Mr Zhuo donated an additional one hundred mobile phones to the people of Matanda.

And ZICTA Board Chairman Emmanuel Musonda says over two hundred thousand people will have phone network once the towers are completed.

And speaking on behalf of all Chiefs in Luapula Province, Chief Chisunka has thanked government for empowering rural areas with phone network.

Chief Chisunka said he is happy to see that all the promises the Patriotic Front promised in Luapula Province were now being fulfilled one by one.

Meanwhile, Huawei Managing Director Spawn Fanwen has pledged that his company will construct the one hundred and sixty nine communications towers in the shortest possible time.