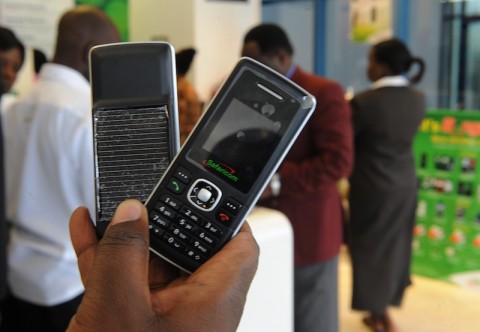 Kenya has granted licenses to three mobile operators, a move forecast to broaden the availability of mobile financial services in the country.

will be able to provide not only voice and data services, but also financial transactions

Equity Bank, Tangaza Mobile Pay Ltd and Zioncell Kenya Ltd have been given mobile virtual network operator (MVNO) licenses by the Communications Authority of Kenya (CAK), the country’s telecom sector regulator.
The licenses allow the three companies to use existing operators’ networks to offer voice communications, data transmission and a variety of mobile financial services, including payments, remittances, banking and e-commerce.
The licensing of the three operators last week means that Kenya, Africa’s third-largest telecom market after Nigeria and South Africa, now has seven mobile service operators, including Safaricom and Airtel, all providing mobile financial services.
Safaricom has more than 20 million subscribers in Kenya and more than 11 million users of its M-pesa mobile money service.
However, the new operators are expected to cut the dominance of Safaricom in Kenya’s mobile financial services market and possibly ignite a price war.
CAK director general Francis Wangusi called the issuance of the new licenses “another milestone” for the country’s ICT sector.
But Orange Kenya CEO Mickael Ghosseine has said the company will not allow the new MVNOs to use its network because the regulator has not provided the guidelines operators and MVNOs must follow when entering into contracts. Ghosseine also said allowing MVNOs to use the Orange Kenya network would compromise the quality of its services to customers.
Generally, most people in Africa do not have bank accounts, and customers have to travel long distances to get to a bank and spend hours in queues to do a transaction in person.
Revenue from the voice market in most African countries including Kenya is also declining as a result of stiff competition. This has forced mobile operators to offer mobile money services in order to cushion the impact of the declining voice revenue.
As a result, Africa is experiencing an explosion in mobile financial services as banks and mobile operators compete for customers. Most people in Africa are now using mobile financial services to buy goods, pay utility bills and receive funds from abroad. In Kenya alone, there are 25.1 million mobile financial services subscribers, according to CAK.
In Zambia, there are currently no statistics on mobile financial services from the regulator, the Zambia Information and Communication Technology Authority (ZICTA).
But Airtel managing director Charity Lumpa said the company’s mobile subscriber base has hit almost 2 million with 500,000 transactions every month, while MTN claims it has more than 1 million mobile money customers.
According to the World Bank, Uganda receives nearly US$500 million in remittances every year, making up 3 percent of the country’s gross domestic product (GDP).
Meanwhile, Africa’s big operators MTN and Airtel have teamed up to provide cross-border remittance that seeks to remove the hassles of transferring money between Ivory Coast and Burkina Faso for the operators’ mobile financial services customers on both sides of the border.
The partnership will enable mobile money service customers of MTN Ivory Coast and Airtel in Burkina Faso to more easily transfer money between the two countries.
Until now, moving money between the two countries was hampered by high fees, broad usage of informal channels such as cash transfers and lack of clarity about where money is collected or withdrawn.
Read more: http://www.pcadvisor.co.uk/news/network-wifi/3512478/kenya-licenses-three-operators-to-heighten-mobile-competition/#ixzz2zDGRT4bH