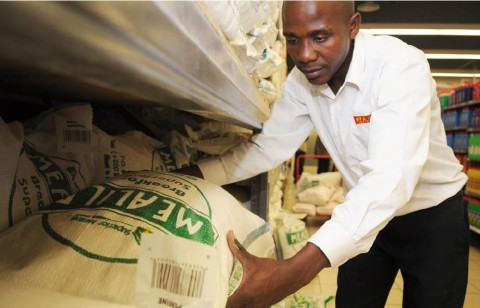 Superior Milling Company which has resolved to buy 80,000 tonnes of maize from local farmers this harvest season, will soon launch new maize meal products on the local market.
The Company which this week opened a new depot at Lusaka’s Northgate shopping centre, is also planning to open 15 more outlets across the country to make its products readily available to its clients.
Managing director Peter Cottan said the new products to be launched include mealie-meal sugar and flour which will be rolled out to consumers by June this year.
Mr Cottan said the move was aimed at reducing transport costs incurred by customers when travelling long distances to fetch the commodity.
During opening of the new depot, guest of honour and Tourism Minister Jean Kapata urged Superior Milling to pay farmers fair prices and on time.
Ms Kapata also commended Superior Milling for opening the depot situated in Chipata Township over spill area saying, it will help local people to reduce on their transport costs.
She urged other millng firms to emmulate Superior Milling which has created employment for 10 people at its new depot, thereby complimenting government efforts to generate more employment for Zambians.
The new depot brings to 30 the number of Superior Milling facilities dotted around the country.