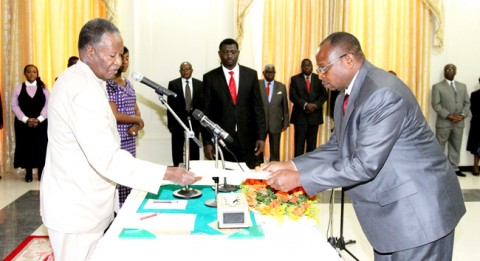 Since our beloved country’s political independence in October 1964, we have miserably failed to use our national resources wisely in our quest to attain meaningful socio-economic development and improve the livelihoods of the majority our people. Besides, we have continued to mortgage our country by borrowing heavily from both local and external sources of funds in order to sustain government operations.

During the UNIP era, for example, rampant economic and public-sector mis­man­agem­ent re­sulted in the di­version of human, financial, and other national resources to unpro­duc­tive projects and progra­ms. For instance, the creation of the Central Committee (a somewhat parallel structure to the National Assembly) and the position of Prime Minister that followed the introduction of a one-party State in 1972 contributed greatly to the misappropriation of public resources.

During the same era, implementation of socialist policies increased our country’s public-sector borrow­ing and government spend­ing to finance the operations of state companies, and the operations of their subsidiaries, especially in times when they were not able to generate profits.

Alan Whitworth has summed up the financial situation which our beloved country faced between the late 1960s and 1991 in the following words: “[V]irtually all resources were devoted to wages, debt service, subsidies … and bailing out parastatals.”

And from 1972 to date, our government has not been able to adequately meet the basic needs and expectations of the people due to bloated administrative structures, which have been enormously costly to the nation. The creation of the Central Committee (a somewhat parallel structure to the National Assembly) and the position of Prime Minister that followed the introduction of a one-party State in 1972, for example, escalated the cost of performing government functions.

In March 2007, the late former President Levy Mwanawasa, during his official visit to Namibia, revealed that 65% of the national budget was devoted to the sustenance of a bloated state apparatus, and that only a paltry 35% was left for education, agriculture, healthcare, roads and bridges, and so forth.

In June 2009, former President Rupiah Banda decried the fact 50% of the government’s domestic revenues were spent on 1% of the population, including Ministers, and wondered how provision for roads, hospitals, schools, energy, and defence and security could be met.

And in October 2012, an article by Kabanda Chulu, which appeared in The Post Newspaper, revealed that 50% of the 2013 national budget would be spent on the wages, salaries, allowances, and fringe benefits of civil servants and government officials.

Unfortunately, there are already news stories reported recently by Chiwoyu Sinyangwe of The Post Newspapers and Katherin Nyirenda of the Times of Zambia, which have raised fears that Zambia may slip back into the ‘debt trap’ – that is, a situa­tion whereby a coun­try’s borrowing from external sources of capital eventually leads to its ‘debt servicing’ (which includes interest payments plus amortization) in any given year being greater than the total amount of new loans it may secure, resul­ting in a reverse flow of capital from the debtor nation to its creditors.

Clearly, there is a pressing need for our beloved country to streamline its government structure by creating ministries that do not have overlapping functions. The government should, in this regard, have at most 15 ministries, the functions of which should be complemented by the work of several semi-autonomous executive agencies.

The need for a newly elected Republican president to make political appointments designed to reward major political supporters, and to attain satisfactory levels of ethnic and gender balancing, can be fulfilled within such a leaner government structure.

The creation of a “smaller” national government can be accomplished in several ways, such as the following:

(a) By getting rid of sinecures – that is, positions that inflate the cost of running government but which contribute little or nothing to the overall output of government services;

(b) By removing unnecessary and cumbersome bureaucratic procedures and excessive paperwork that prevent civil servants from competently performing their work;

(c) By waging a vicious war against corruption and, thereby, reduce the hemorrhage of public resources through the scourge;

(d) By ensuring that tenders to perform sub-contracted work and/or supply materials to the government are awarded to companies which have the lowest bids, coupled with relevant experience; and

(e) By reducing the number of our country’s foreign embassies in a manner that would require servicing clusters of countries through single embassies by means of extra-accreditation.

The handful of government ministries and executive agencies should be constituted in a manner that would make it possible for them to perform all existing and any planned government functions.

Civil servants who would be affected by the streamlining exercise should be encouraged to seek early retirement with full benefits. Professional and skilled civil servants should be re-deployed in the handful of new government ministries, and/or in executive agencies.

With respect to District Commissioners, they would need to be afforded the opportunity to compete for positions in the civil service.

Huge savings in the form of salaries, special allowances, and utility allowances could be made through the streamlining of the national government.

Other savings would be in the form of the various kinds of payments currently being made by the government on behalf of government officials who would be retired, including payments for housing, phones, buildings, office supplies, automobiles, gasoline, water, and electricity.

The selling and/or buying of government bonds (by the Bank of Zambia) through the Lusaka Stock Exchange and regional stock markets on behalf of the government (by means of “open market operations”) could also provide additional revenues for the central government.

There is also a need for our country to create a national government that is not only “smaller,” but one that is “efficient” as well – that is, a government that does more with less.

Such strategies should include the following:

(a) “Quality circles,” which represent a Japanese management prac­tice that pro­vides for work groups to meet regu­larly (say, once every month) on the employer-organization’s time to critically dis­cuss pro­duction and/or opera­tional problems and how the existing modus opera­ndi can be altered to yield improved perfor­ma­nce.

(b) A “gripe system,” which would require an employer to intro­duce a for­mal system for gaug­ing empl­oy­ees’ inno­vative ideas and sug­ges­tions, and which should be oper­ated by means of sug­ges­tion boxes and a hotline through which employees can ano­nymous­ly or other­wise suggest cha­ng­es that can bene­fit the organ­iza­tion or institution involved.

(c) A “ringi” decision-making system, which refers to a Japanese deci­sion-making sys­tem in which an employer-orga­nization encoura­ges individ­ual middle-level manag­ers and administrators to generate or suggest innova­tive ideas and prepare a plan or proposal (referred to as a “ringi­sho”) on how the ideas can be im­ple­mented to the ben­efit of the organi­za­tion or institution.

The system may be descri­bed in a nutshell as follows: first, the written propo­sal, or “ringi­sho,” is initially circulated among the spon­sor’s peers for examina­tion and comments; and, second, the “ringisho” is sent to the employer-organizat­ion’s managers or administrators for evalua­tion and possible approval for implementa­tion either as sug­gested by the sponsor or with some suggested modi­fica­tions by the spon­sor’s peers.

(d) An “Open-Door Policy,” which would require senior managers or administrators to gener­ate a formal policy that encour­ages man­agers, admi­nistra­tors, and supervi­sors to adopt an open-door posture so that the rank and file can freely call upon them any time to suggest or discuss ways in which qual­ity, productiv­ity, work-related stress, employee morale, and so forth, can be im­proved. And

(e) Adoption of “Theory Z” management, which is essentially a Japanese manage­ment philosophy that seeks to integrate consensual decision making, greater job security, holistic concern for each and every organizational member, open communi­cation, and the like, as ways and means of ensuring the long-term success and survival of an organizat­ion or institution.

In addition to the creation of a smaller and more efficient government, we need to ensure that the financial and material resources provided by our country’s development partners are used wisely.

In this regard, we should earnestly thank our beloved country’s multilateral and bilateral cooperating partners, including the African Development Bank, Canada, China, Denmark, France, Finland, Germany, the IMF, Ireland, Japan, The Netherlands, Norway, Sweden, the United Kingdom, the USA, and The World Bank.

And we should be grateful for their support in different fields and sectors of our country, including agriculture, decentralization, education, energy, gender, governance, health, housing, HIV/AIDS, macroeconomics, private sector development, social protection, science and technology, tourism, water, transportation infrastructure, and the environment.

There is no doubt that their support has continued to bolster our efforts to address some of the problems facing our country and its people, including poverty, hunger, ignorance, illiteracy, disease, widespread unemployment, disadvantaged children, dilapidated infrastructure, crime, corruption, and moral decay.

Their continued support in these important fields and sectors of our beloved country will, therefore, be greatly appreciated.

In conclusion, I wish to share the following comment made by Mr. Murray Sanderson in an article entitled “High Rates, High Charges, High Taxes,” which appeared in Volume 2/Number 2 of the Profit Magazine of July 1993:

“High inflation and high taxes are a reflection of inefficient and bloated government institutions which serve themselves instead of serving the public.”

The author, Mr. Henry Kyambalesa, is a Zambian academic currently residing in the City and County of Denver, Colorado, in the United States of America.