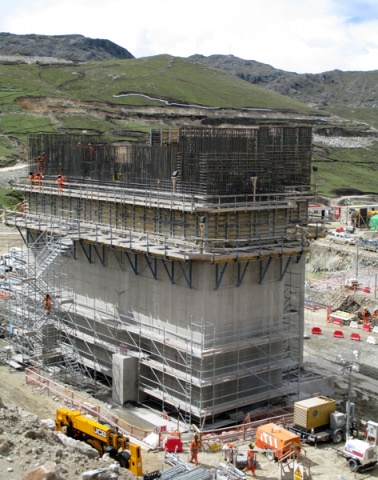 China Minmetals said Monday that a consortium led by one of its subsidiaries MMG (Other OTC: MMLTF – news) has agreed to buy Glencore Xstrata Plc (Other OTC: GLCNF – news) ‘s stake in the Las Bambas copper mine project in Peru for $5.85 billion.

China Minmetals, a state-owned mining giant and the parent company of MMG, called it the largest overseas acquisition by China’s metal mining industry.

“The Las Bambas project is in line with the long-term strategy of Minmetals and MMG,” Minmetals President Zhou Zhongshu said in a statement. “(The acquisition) will further optimise the mining asset portfolio of Minmetals.”

Demand for metals and other raw materials to fuel growth in China, the world’s second-largest economy, has become a key influence on global commodities markets.

The transaction is expected to close in the third quarter, pending approval by governments and shareholders, Minmetals said.

The statement also said that lenders including the China Development Bank, ICBC and Bank of China will provide funding support for the takeover.

Glencore Xstrata also announced the deal in a statement on Sunday.

“MMG chose an existing project of Glencore instead of a new mine as new mines could face an investment environment with more uncertainties including cultural, social and political factors,” he said.

“Also from the perspective of input-output ratio, MMG can obtain mature operational experience from Glencore which has been operating it.”

China’s growing role in global resource acquisitions has sparked tensions in some countries.

In 2012 workers at the mine killed a Chinese manager during rioting over work conditions.

The project is the world’s biggest copper mine under construction, with its annual output expected to be 450,000 tonnes when it comes online, or 13 percent of China’s total copper imports last year, the magazine said.

Highlighting China’s determination to ensure supply of the metal, the Ministry of Commerce last year approved Glencore’s acquisition of Xstrata on the condition that it agreed to sell the Las Bambas project, it said.

It added that those two companies combined …