Home GENERAL NEWS Our Industrious, resourceful and diligent woman in charge of energy efficient in... 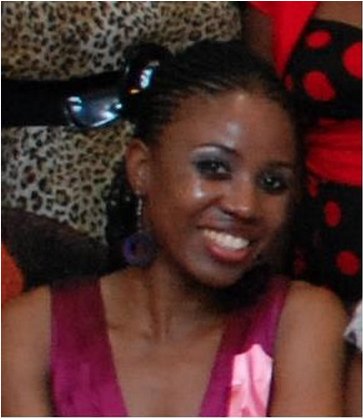 TANDOSE Sambo was only six years old when she migrated from Zambia to live with her aunt and uncle in Jamaica.

Although it was somewhat heartbreaking to leave her immediate family, she was very happy to travel as the new experience intrigued her.

Sambo quickly immersed herself in the Jamaican culture, and now she regards herself as a Jamaican who is committed to making a difference.

At Jamalco, where Sambo has been serving as a process engineer in the Technical Department for the past year and a half, she is responsible for monitoring the critical process parameters — steam, power and compressed air — and for finding solutions if they are out of desired specification. She is also responsible for reducing energy consumption and ensuring that energy usage in all departments is efficient.

It’s a role that she doesn’t take lightly and she is an excellent champion who is committed to reducing energy costs.

“Energy is one of the main cost drivers at Jamalco, so it is important for me as a chemical engineer to improve operational efficiencies and ultimately profitability,” she said.

She has credited members of her department for supporting the vision.

“We are an energetic, hardworking and smart bunch of employees who are blazing a trail for the betterment of the company, totally devoted to the jobs we do,” she added.

Technical Superintendent Ajamu Duncan is satisfied with the innovative perspective and fresh insights that Sambo brings to the job.

“Tandose is a very industrious, resourceful and diligent employee who works hard to achieve her objectives. She is an excellent listener and is well liked by her peers,” Duncan said.

Based on the dynamic work environment, Sambo says there are always new challenges. However, she endeavours to maintain her focus and prioritise. This is extremely important as the job requires her to be level-headed.

For her, chemical engineering is an interesting discipline that she discovered while at university. Her scientific background was nurtured in her early years by her aunt and uncle who “bought me two encyclopaedias, one of which was very hands-on. I not only read but experimented. Later, I received a science kit and from then I felt like a little chemist,” she smiled.

Her fascination with science continued to Campion College and there chemistry just clicked. For her, that subject was a breeze and she pursued a double major in chemistry and management at the University of the West Indies. However, she was always yearning for more, and this desire was satisfied while working as an intern at Caribbean Products Company Limited.

“My boss was a chemical engineer and at the time I saw myself as a chemist. Our perspectives were somewhat different so there were mild disagreements at times. However, I soon realised that he was grooming me to be more than just a chemist,” she noted.

After graduating in 2006 with a Bachelor of Science degree in chemistry and management, she was encouraged to attend graduate school to broaden her perspective as an engineer.

Admitting that it is not a perfect world, Sambo says the journey was not easy and “the transition took a lot of adjustments as the thought process of a chemist and chemical engineer are very different”.

“I struggled with the paradigm shift and even failed a few courses along the way,” she explained. “Despite the challenges, I dedicated myself to completing the programme and earned a masters in chemical engineering from Leeds University in England.”

Sambo has no regrets about her career anchor. She says the wide variety of skills acquired and opportunity to grow and assume a leadership role motivates her. She appreciates standing in the foreground and offering her opinion when needed.

Among the experiences she treasures is her visit to Brazil in 2013 as part of the Alcoa New Engineers Programme.

“That experience was fantastic, and the lessons learned will always be remembered,” she beamed.

Over the years, she has learned to balance academics with extra-curricular activities. She believes that a healthy balance of both is key to a stable life. During her school years, she was a member of the Deh Jah Dance Academy, the UWI Dance Society, and member of her high school swim team. Due to her hectic work schedule, she is unable to participate as much, but she still finds time to jog on the weekends.

To those who are thinking of a career in chemical engineering, she says it’s not the easiest field to understand.

“You need to pace yourself, be persistent, practise and don’t be afraid to ask questions.”

As she focuses on managing energy usage and reducing costs at Jamalco, Sambo hopes to inspire others and to be the best she can be as she sharpens her skills for the future.