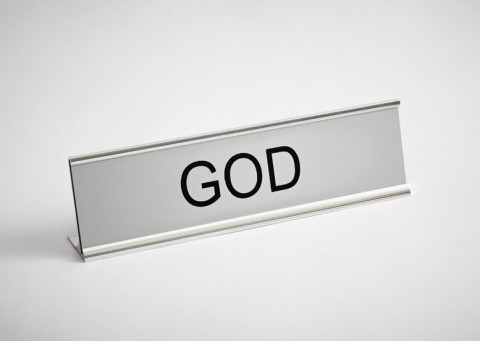 God apparently does walk among us, but he’s reportedly having trouble with his credit score.

A Brooklyn man named God Gazarov is suing credit-reporting agency Equifax, claiming that the company has falsely reported that he lacks a financial history because its system doesn’t recognize his first name, according to the New York Post. The lawsuit is slated to be filed today, Friday.

Gazarov, who is named after his grandfather, is a Russian native who owns a jewelry store in the Brighton Beach neighborhood of Brooklyn. He claims that he has a credit score of more than 720 with the two other top credit-reporting firms, TransUnion and Experian, but that the Equifax problem stymied his plan to buy an Infiniti car.

“It’s extremely frustrating,” Gazarov, 26, told the publication. “I worked hard to get good credit to look good to lenders and this happens.”

Gazarov told the publication that he had spent two years trying to fix the problem, with one customer-service rep reportedly suggesting he change his first name to sidestep the glitch.

Equifax told CBS MoneyWatch that it is modifying its processes to allow “God” as a first name. In a statement, the company said it “has processes in place to help ensure that businesses and individuals requesting access to credit are who they say they are. These processes flag standalone names that generally may not be associated with the valid openings of credit accounts.”

Gazarov isn’t alone in struggles with credit-reporting agencies. About 5 percent of consumers had errors on one of their three major credit reports, according to a 2013 study from the Federal Trade Commission. Those errors have the potential to raise rates for auto loans and insurance, the agency noted.

Other consumers have reported problems ranging from mistaken identities to people wrongly reported as deceased.