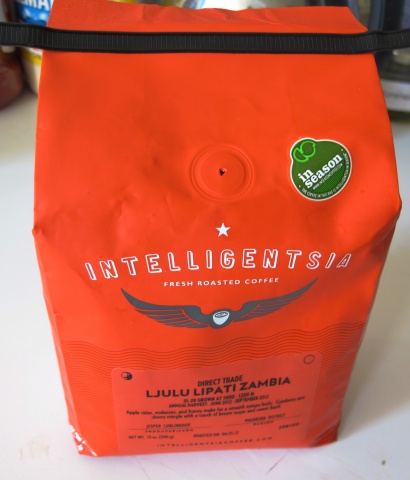 Zambia, once reputed as an emerging coffee producer in the world, has sunk to its lowest ebb with output dropping by more than 40 percent in recent years, according to industrial experts.

Experts say coffee production in Zambia has dropped 200 tonnes this year compared to an outturn of 450 tonnes recorded last year.

This drop is chiefly because of lack of a tree agriculture policy and long-term financing facing the industry, according to Joseph Taguma, the chief executive officer of Zambia’s Coffee Growers Association (ZCGA).

Taguma has raised fear of a further decline in coffee production in 2014. This year, the country has projected a low output of 200 tonnes due to the inability by the sector to generate finances to sustain production coupled with the lack of a tree agriculture policy and long-term financing.

Speaking at the Zambia Sugar 2014 Barista Championship in Lusaka, recently Taguma said there was need for the government to develop a tree agriculture policy that would support long-term tree crop agriculture.

The highest production ever achieved was in 2004 when the country recorded about 6 500 tonnes.

During the same occasion, Zambia Sugar Plc urged stakeholders in the coffee industry to support the sector to create much-needed jobs and wealth in the country.

Zambia Sugar Plc managing director, Aubrey Chibumba, said unlike other sectors, agriculture does not get adequate recognition despite being one of the major employers in Zambia and an alternative in the diversification of the economy.

Mazabuka is one of the areas that used to greatly contribute to coffee production although output has drastically declined.

“Agriculture is not getting the same attention as that of mining. Coffee is important for us because this aspect is also the largest employer in the agriculture sub-sector in the country,” Chibumba later told reporters in Lusaka.

There is need for the government to put in place polices that will encourage the cultivation and preservation of tree crops, especially coffee while the government should further put in place measures that would help boost the coffee industry in Zambia, otherwise, if left unchecked deforestation will disturb the rain pattern thereby adversely affecting coffee production.

“Government has to come up with a policy on tree crop agriculture and begin to support the sector. In my view, I think [the policy] is long overdue, with the deforestation currently going on in Zambia, there is need to put in place measures that will promote and serve the coffee industry,” Taguma noted in a recent analysis report.

He said commercial banks in the country have not been able to offer financing to the agriculture sector, especially for tree crops like coffee which take a long time to mature.

“The main reason why coffee production has reduced in Zambia is because it is difficult get long- or short-term financing for the growers to enable them run their operations efficiently,” he said.

He stressed the need to encourage farmers to venture into tree crops, as they are considered as higher-value crop with a longer-term sustainability. Currently, coffee is grown in Lusaka, and Northern and Southern provinces.