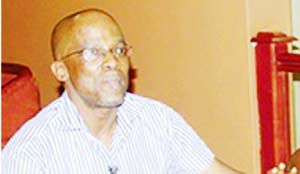 FORMER Football Association of Zambia (FAZ) treasurer, Andre Mtine has been hit with a life ban from all football activities in the country.

The ban of Mtine, who is an official at DR Congo giants TP Mazembe, comes a few days after a similar punishment was meted out on former Zambia Football Coaches Association general secretary, Simataa Simataa, who has since appealed against the life sentence.

FAZ general secretary, George Kasengele said Mtine had been banned for life for allegedly bringing the name of the game into disrepute.

“All I can say is that the matter (Mtine) was dealt with by the disciplinary committee and Mr Mtine was banned for life for bringing the name of the game into disrepute,” he said in an interview in Lusaka yesterday.

Mtine, also a former committee member in the Teddy Mulonga led FAZ executive, was not available for a comment by Press time.

It is, however, believed that Mtine was banned for allegedly being at the centre of the confusion last year which led to a tiff between FAZ and DR Congo club, TP Mazembe over the release of three Zambian players for an international assignment against FIFA 2014 World Cup hosts, Brazil.

Chipolopolo stars, Stoppila Sunzu, Nathan Sinkala and Rainford Kalaba missed Zambia’s historic clash against Brazil in Beijing, China after Mazembe indicated that the trio could not be released due to injury and illness.

Mazembe later sent the trio from Lubumbashi with Mtine to Zambia to meet FAZ officials over the status of the players.

However, at the height of a heated club versus country tussle, reports emerged that the trio had allegedly sneaked back to Congo with the help of Mtine.

The immigration department then summoned Sunzu, Sinkala and Kalaba who they interrogated and had their travelling documents confiscated.

After the intervention of then Home Affairs Minister, Edgar Lungu, the immigration department released the trio’s passports to enable them get back to work in Congo.