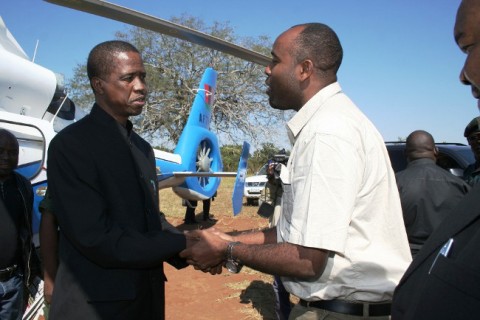 Eastern Province Minister, Malozo Sichone, has accused some officers in the Forestry Department of issuing fake permits to foreign nationals to cut down trees indiscriminately.
Speaking yesterday when Secretary to the Cabinet, Roland Msiska, called on him in Chipata district, Mr Sichone said government is not only missing out on revenue collection but also risks losing the Mukula tree which is being targeted.

He stated that trucks laden with logs of the Mukula tree are usually seen moving at night, saying some have government receipts that do not exist at the Ministry of Finance.

Mr Sichone said after further scrutiny it was discovered that the permits are being issued by people within the system.

He stated that officers have taken advantage of the government’s uncoordinated issuance of receipts that permit the cutting down of trees to engage in illegal activities and called for the need of a taskforce to address the matter.

The minister stated that Eastern Province is the largest producer of the Mukula tree and stressed the need for the Ministry of Lands and the provincial administration to find ways to address the issue.

He complained that the government has continued to face such challenges because it does not have a proper land policy.

Mr Sichone also said there is need to clean up the civil service in Eastern Province as some officers are corrupt in the way they carry out their operations.

He also observed that some heads of departments have overstayed from the MMD regime which was highly corrupt and continued their corrupt ways, saying this also affected the distribution of farming inputs in the 2013/14 farming season.

The Provincial Minister also revealed that some human resource officers in
the Ministry of Education demand to be paid in order to confirm deserving officers, adding that some female teachers have had to offer sexual favours in order to be confirmed.

He charged that the human resource officers at the Provincial administration employed people who were already on the payroll as opposed to those that were targeted when employing people in the newly created districts.

The Provincial Minister said may civil servants in the province have roots from within the province who do not welcome officers transferred from other provinces.

And Secretary to the Cabinet, Roland Msiska, advised the provincial administration to finish government screening procedure and discharge officers once an officer is found wanting.

Dr Msiska said that government loses money when officers are suspended because the positions are locked and such officers cannot be replaced.

He stated that this is regardless of how long it takes for such cases to be concluded.