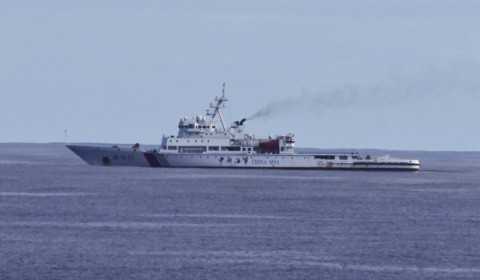 As the search for missing Malaysia Airlines flight 370 enters its second month, an all-too-rare glimmer of good news has been found: On Sunday, an Australian navy vessel reported signals “consistent” with those emitted by an airplane’s black box in the South Indian Ocean.

These aren’t the only signals, or “pings,” that have been heard. At first glance, the news out of Australia appears to back up reports from China, where state media reported over the weekend that a Chinese vessel had also found audio pulses.

But there’s a problem. The two sets of signals are 300 nautical miles apart. Experts say it is unlikely they could be coming from the same origin. What’s more, Australian investigators told reporters that they did not hear about China’s possible signal until it was published by Xinhua News Agency on Friday. The Sydney Morning Heraldreported that same day that Australia had to ask China for more information after Xinhua’s report came out.

The situation appears to expose one of the practical problems of conducting a search as vast and complicated as the one for Flight 370: China’s intense interest but confused status in the investigation.

Despite China’s interest in finding the plane and its efforts in the Flight 370 search and rescue, convention does not offer it an official role in the investigation. This is due to the Chicago Convention on International Civil Aviation, the agreement which established the International Civil Aviation Organization (ICAO) in 1947. That agreement requires the country where the aircraft is registered (Malaysia) to investigate, those who manufactured the plane and its engine (Boeing and the Rolls Royce in this case) and also the “host” country that will organize the actual search area (which is now Australia). Even though more than 150 people on board the plane were Chinese citizens, China is not necessarily entitled to the information the investigation uncovers.

Such a factor may help explain Chinese discontent with the search for Flight 370. The Chinese government has tentatively allowed the families of those on Flight 370 to protest in Beijing (an unusual move for a state that typically condemns protests), and China’s Foreign Ministry has issued angry statements condemning Malaysia’s handling of the search – probably worrying for Malaysia, as China is their largest trading partner. Chinese Ambassador Huang Huikang has suggested that the Malaysian authorities were too “inexperienced and lacking the capacity” to carry out the investigation properly.

Chinese state media has published a number of editorials that openly criticized Malaysia, while trumpeting China’s own attempts to find the plane. “With Australian and New Zealand air force P3 Orions limited by the vast distances and their dependence on infrared imaging, the Chinese IL-76 will be a welcome relief to the authorities here as the challenges of the task at hand begin to overwhelm available resources,” Xinhua announced when it sent Chinese Air Force planes to help with the search in the south Indian Ocean. (No note was made when the plane reportedly landed at the wrong airport.)

To some, such as Sky News’ Alistair Bunkall, China’s announcement Friday was an attempt to show that they had the initiative in the case. However, the man leading the search, Australia’s retired Air Chief Marshal Angus Houston, is arguing that it’s wrong to criticize them. “China’s sharing everything that is relevant to this search – everything,” he insisted to the Sydney Morning Herald on Sunday. “I think we should be focusing on the positives and not start saying are they doing this or are they doing that.”

For the time being, however, the investigation is only focusing on the “ping” discovered by the Australian vessel.