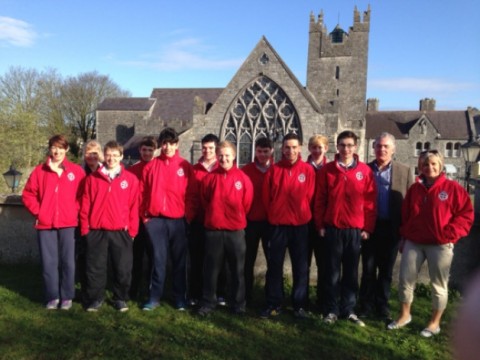 Nine students, three teachers and a member of the CBS Kilkenny Parents’ Council will set off for the second biannual immersion visit to Mufulira in Zambia today (Wednesday).

While there, the group will stay in the Christian Brothers’ compound in the town and will assist with the work of the Brothers there.

According to the principal Tom Clarke the visit will expose the students and adults to ‘the hardships faced by others’.

The daily routines will involve: visiting hospitals, hospices and schools; painting and helping to renovate accommodation, and assisting with the food distribution programs.

“They represent recognition of the terrific work which continues to be carried out by the Christian Brothers worldwide,” added Mr Clarke.

“We would like to thank the many businesses and friends of the project who have worked, contributed and supported the fundraising efforts over the last 24 months,” added Mr Clarke on behalf of the school and in particular the Zambian Immersion Team.