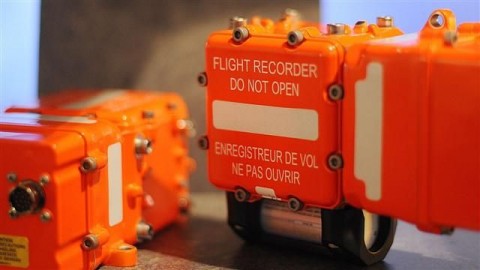 “That is the standard beacon frequency” for both so-called black boxes — the cockpit voice recorder and the flight data recorder, said Anish Patel, president of pinger manufacturer Dukane Seacom.

But experts cautioned that no confirmation had been made that the signal was linked to the missing plane.

“We are unable to verify any such information at this point in time,” the media office of the Joint Agency Coordination Centre said in an e-mail.

“This could be a variety of things,” said oceanographer Simon Boxall, who said the frequency is used by a variety of instruments.

“We’ve had a lot of red herrings, hyperbole on this whole search,” the lecturer in ocean and earth science at the University of Southampton told CNN. “I’d really like to see this data confirmed.”

But, if this proves to be what investigators have been searching for, “then the possibility of recovering the plane — or at least the black boxes — goes from being one in a million to almost certain,” he said.

But, he added, “It could be a false signal.”

CNN aviation analyst David Soucie was less skeptical. “This is a pinger,” the airplane accident investigator said. “I’ve been doing this a lot of years, and I can’t think of anything else it could be.”

Xinhua said the detector deployed by the Haixun (pronounced “high shuen”) 01 patrol ship picked up the signal around 25 degrees south latitude and 101 degrees east longitude. “It is yet to be established whether it is related to the missing jet,” it said.

The announcement came nearly a month after Malaysia Airlines Flight 370 disappeared, and on the same day that the nation’s acting transportation minister said three committees were being formed to tackle the disappearance of the flight.

One will tend to the families of passengers aboard the missing flight, the second will oversee the investigation team and a third committee will handle the deployment of assets, said Hishammuddin Hussein.

Malaysia will also appoint an independent investigator to lead an investigation team, the acting minister said.

As well as Malaysia and Australia, the team will include representatives from China, the United States, the United Kingdom and France, he said.

Hishammuddin also addressed “unfounded allegations made against Malaysia,” which, he said, “include the extraordinary assertion that Malaysian authorities were somehow complicit in what happened to MH370.”

He added, “I should like to state, for the record, that these allegations are completely untrue.”

Hishammuddin pointed to a statement from the Association of Southeast Asian Nations, which says Malaysia has “done its level best” in its response to an operation that “is the biggest and most complex we have ever seen.”

The hunt for physical evidence continues Saturday — both on the surface of the southern Indian Ocean and deep below it.

The British submarine HMS Tireless is now in the search area, Hishammuddin said.

Meanwhile, a parallel search for digital clues on the hard drives of a flight simulator in the home of one of the pilots turned up nothing conclusive.

There was no “we got it” information, a U.S. official with knowledge of the investigation told CNN late Friday.