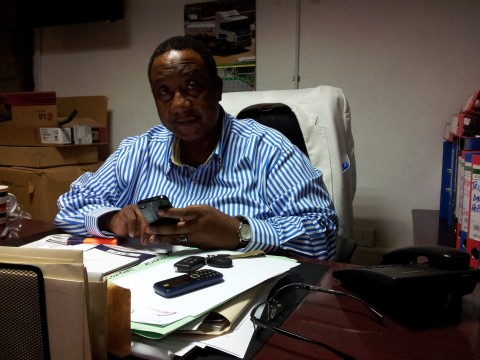 A BLIND business executive of Kanyama Township in Lusaka has been convicted by the Lusaka Magistrate’s Court for hacking into more than seven politicians’ mobile phones and stealing talk-time worth  more than K18,000.
Jairos Tembo 25, a losing Forum for Democracy and Development (FDD) candidate in the 2011 elections was convicted yesterday after principal magistrate Aridah Chuulu found him guilty in all the counts.
Ms Chuulu, could however, not pass sentence but reserved it to April 9, because Tembo was not a first offender in the similar offence as such, she needed his previous convictions to be produced before she can pass judgment.
Tembo who gave his particulars as being a journalist and business executive was charged with unauthorised access to data and theft of talk-time from several politicians and a business executive, owner of Muvi television, Steve Nyirenda who is his cousin.
Among the politicians who fell prey to Tembo’s dubious and fraudulent deeds were Commerce Minister Robert Sichinga, former defence minister Geoffrey Mwamba, Kabwata Member of Parliament Given Lubinda, Willie Nsanda, Michael Mabenga, Mike Mulongoti and retired politician Vernon Mwaanga.g
Tembo of house number 230 old Kanyama Township committed the offences between December and July 18, 2012.
Ms Chuulu said in her ruling yesterday that it was true that Tembo accessed several people’s phones and siphoned talk time which resulted in them losing money and eventually lodging complaints to their mobile service providers.
She said Tembo, registered a fictitious sim-card under the name of James Sakala a dealer based in Mumbwa which he used to steal airtime from people’s phones.
Ms Chuulu said that investigations which were carried out revealed that Tembo was the owner of the number which was receiving talktime siphoned from people’s phones but the same number was registered under Sakala when there was no such a dealer in Mumbwa.
She said that there was evidence before court that Tembo had in 2011 hired a vehicle to use in his campaigns in Feira and the numbers that he left with them were the same numbers that were registered under the name of a dealer, Sakala based in Mumbwa.
Ms Chuulu said that Tembo hired the vehicle for six days under the pretext that he would pay K650 per day but he later switched off all his three phones.
But Tembo during his defence denied all the allegations saying he was already in prison at the time people’s talk-time was being stolen and that at some time, he was out of the country in Namibia.