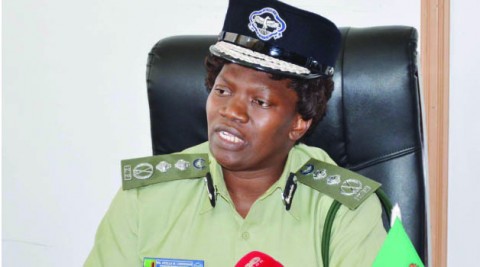 By GANIZANI TEMBO
INSPECTOR General of Police Stella Libongani says 2,700 police officers will be recruited by 2016.
Ms Libongani said in Lusaka yesterday that the Zambia Police Service in its 2013-2016 plan seeks to recruit police officers to increase human resource.
“In the first phase, we recruited about 1,500 officers. In the second phase, we recruited 300 and in the final phase, we plan to recruit 1,100 officers,” Ms Libongani said.
The service currently has 18,200 officers.
She said the police service is working with Cabinet Office on how best to conduct the recruitment.
“We are grateful for the commitment the government has shown towards the enhancement of the police service,” Ms Libongani said.
She also said the service has received a donation of computers from the Zambia Information and Communication Technology Authority meant for the forensic computer laboratories.
“The computers will go a long way in helping our officers investigate cybercrime. This is a sign that the service is moving with technological advancements,” she said.