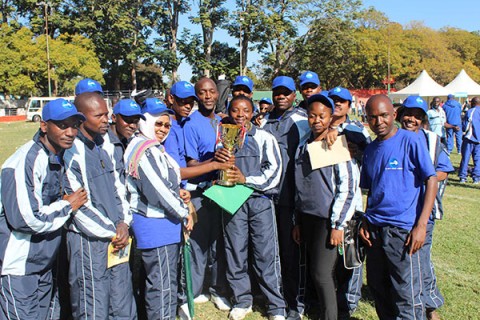 THE Road Transport and Safety Agency (RTSA) will be the main sponsor for the 2014 Zambia Amateur Athletics Association (ZAAA) organised Inter-Company Relay to be held in Lusaka this June.
ZAAA president, Elias Mpondela said RTSA had come in big and assumed the main sponsor role for the association’s famous money-spinning annual activity where up to 10 companies had already paid up for the event.
Mpondela said more than 25 companies had committed themselves to taking part in this year’s event and called on several others to join in and take part in the event.
“We are making good progress in the organisation of the Inter-Company Relay and we already have a main sponsor and it will be RTSA.
“So the 2014 competition will be called RATSA Inter-Company Relay.
“We are proud of the decision made by RTSA and we support their various activities to raise road safety awareness,” he said.
He said there was a whole range of organisations signing up for the event set for June 14.
Mpondela said most of the money to be raised from the competition would go towards the development of athletics in the country.
First Lady Christine Kaseba is expected to officiate at this year’s edition.
Kaseba has also been associated with the ZAAA Kids Athletics event.
And Mpondela has bemoaned the negative vibe going on right now about the ZAAA, saying such baseless talk was only working to tarnish the good name of the ICR and would reduce the various company’s interest in the event.
He said ZAAA had worked hard to build the name of the association and especially ICR and that it was disheartening for people to start talking ill of the event just because they wanted to contest an executive position in the association.
Mpondela said ICR was a premium and highly respected event and that putting its name in bad light for selfish reasons was not helping in the development of sports in Zambia.