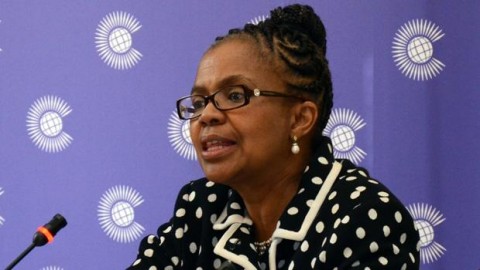 Commonwealth Deputy Secretary-General Mmasekgoa Masire-Mwamba has assured Youth and Sport Minister Chishimba Kambwili that the Commonwealth Secretariat will support the Zambian government in the transitioning of the Lusaka-based Commonwealth Youth Programme Africa Centre into a national and regional youth development facility.

And Mrs. Masire-Mwamba has assured the Minister of the Commonwealth’s commitment to strengthening its youth development programme across its membership through more effective ways of delivery.

She also expressed the Commonwealth’s deep appreciation to the Government of Zambia for hosting the Africa Centre for the last 40 years.

And Mr. Kambwili has acknowledged Zambia’s appreciation of the trust Commonwealth has bestowed on Zambia to host the CYP Africa Centre since 1973 and urged the secretariat to re-engineer its operating model to suit the youth development challenges of the 21st century.

He has also disclosed that he called a meeting of ministers of youth in the Africa Region to take place in Ghana in May to discuss the remodelling of the centre as per the July 2013 decision of the Commonwealth Secretariat board of governors.

Once all the transitional procedures are completed, the Commonwealth Secretariat will prepare a formal handover of the centre and assets to the Zambian government through the Ministry of Youth and Sport.

This is contained in a statement released to Qfm news by press secretary in the Zambian mission in the UK, Amos Chanda.