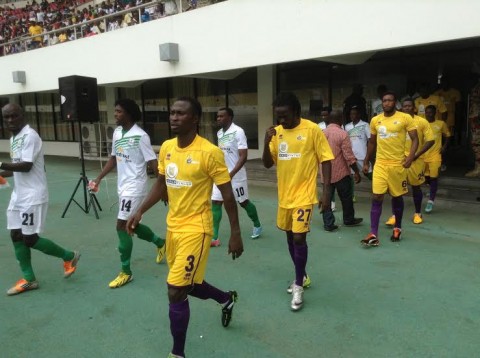 African heavyweights Ghana retained the bragging rights over Zambia after Medeama recorded a 2-1 aggregate success over Zesco United in the CAF Confederation Cup on Sunday.

The ambitious Ghanaian side followed in the footsteps of the Black Stars to extinguish the Zambia fans with a fine performance at the Levy Mwanawasa stadium.

Despite losing 1-0, the Tarkwa-based side advanced on the superior aggregate scoreline ahead of the final draw on April 1.

The win ensures the West Africans put the Zambians to the dustbin of football history as they cannot match up to the pedigree and quality of Ghanaian football.

An emerging rivalry between the two countries date back to recent matches between the countries in the African Cup of Nations and the World Cup qualifying campaign.

The Black Stars were beaten by the Chipolopolo at the semi-final stage of the 2012 African Cup of Nations held in Gabon and Equitorial Guinea but avenged that defeat by qualifying to the 2014 World Cup at the expense of the Zambian side.

The Ghanaian side have been impressive in their debut season which has seen them manage victories over Panthers FC,  former champions Maghreb de Fes and now Zesco United.