Home GENERAL NEWS Customer is always right? Not in Zambia 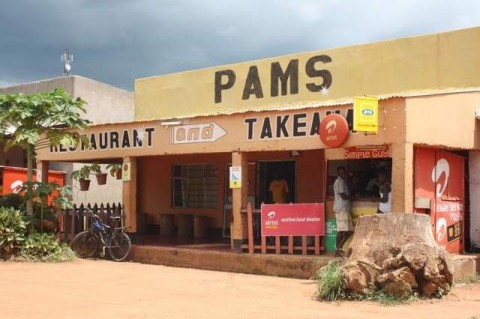 Zambia has a new lesson to teach every day, but there is a lot that I miss from the United States: ESPN, good roads, burritos, cold drinks, the United States Postal Service and long walks by the beach to name a few.

But one thing stands above the rest — customer service.

It wasn’t until hundreds of meals at local restaurants here left me with my head cupped in my hands wondering whatever happened to the meal I ordered 90 minutes ago that I realized America has customer service down.

. From the first rule that states the customer is always right to those little bells that an overly full patron can ring declaring their happiness, America knows customer service.

Zambia? Well, it’s getting there.

I would say that customer service flaws transcend most of the service industries here from food to entertainment like movie theaters in one way or another.

There are American-esque restaurants in the capital that have bigger portions, larger prices, a more diverse meal selection and even quasi-American customer service.

Eating at one of these places is great. Even if the barbecue ribs aren’t Memphis or Kansas City quality I can at least come away thinking that they tried their best, and it’s better than I could ever manage on my own.

Sadly, I can’t always afford these establishments and it’s more of treat that I allow myself every few months than an everyday meal.

There are places called “nshima shacks” where the food is already prepared, a la carte style. The food is quick, the prices are cheap and there isn’t much fuss as you’re in and out so fast that a complaint can hardly be registered.

My complaint with the food industry here are the restaurants that lie between the upscale places and the nshima shacks. These places have mid-range prices and a somewhat decent selection, but often the people working there seem so incredibly unhappy to help that I wonder if they’re some sort of forced labor.

One restaurant I continually frequent for some reason has a woman who scowls as patrons walk in, and then white knuckles the counter as each syllable comes out of their mouths.

And sometimes the food never comes, which is why I occasionally cup my head in frustration as I think about easing my grumbling stomach.

Even the movie theaters have their occasional faults, which I hate to admit because they do a pretty good job of mimicking our theaters.

There is popcorn, candy, pop and all the movies I could hope to watch. But, try to exchange a ticket for another time or even ask for a refill of Pepsi and you’re asking for trouble and a cold shoulder.

In Zambia’s defense, there isn’t tipping, so there is little incentive to go the extra mile, and a lot of customers can be rude to service staff.

I had been here long enough to forget how great American customer service was that when I went home last summer for vacation I was completely caught off guard when a waitress asked, with a smile on her face, if I would like onion rings or french fries.

She then went on to refill my Pepsi three times during my meal. I couldn’t believe it. Her kindness and general willingness to help, not the huge amount of sugar I had just consumed, caught me off guard.

I still really enjoy being here. Zambia is amazing in a million other ways and the lack of customer service is surprising as Zambians are, in general, some of the nicest people I have ever encountered.

But whenever I do come home for good, I’m going to head straight for a restaurant and bask in American customer service by asking for multiple refills, an incredibly complex entree order while trying to understand why the waitress is so happy all the time.