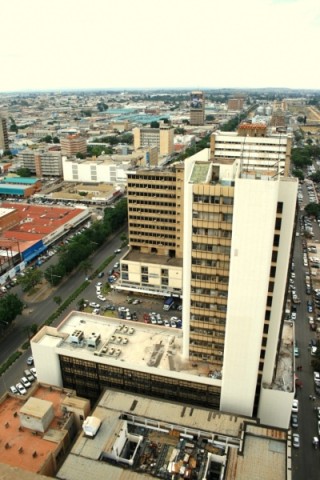 Since independence from Britain, Zambia – which boasts 72 different tribes – has never be engaged in conflicts within itself or with any country.

In a rare example in Africa, Zambia is celebrating 50 years of independence with an unbroken record of peace and national harmony – despite occasional political turmoil.
“Over the years, Zambia has successfully moved beyond outright dictatorship and made significant gains in economic development, the rule of law and the emergence of a dynamic civil society,” Felix Mutati, member of the executive committee of the Common Market for East and Southern Africa (COMESA), told Anadolu Agency.
On October 24, the landlocked country in southern Africa will celebrate the 50th anniversary of its independence from Britain.
Since independence, Zambia – which boasts 72 different tribes – has never be engaged in conflicts within itself or with any country.
The country has experienced political friction through the years, but this has never resulted in serious strife that might have displaced its population.
Many local and regional stakeholders have described the peaceful rotation of power in Zambia as nothing less than exceptional.
Mututi says ruling party officials have always endeavored to adopt measures aimed at preserving peace – although some of these have been perceived by critics as undemocratic or conducive to rights abuses.
According to Mututi, the electoral process contains safety valves by which members of the executive can be relieved of their duties if the majority feels they have failed to live up to expectations.
The willingness of executive officials to cede power democratically, says Mutati, has contributed to Zambia’s 50-year track record for peace.
He noted that power transfer represented a main source of conflict in other countries in Africa and around the world.
Oby Chibuluma, spokesman for the Southern Africa Center for the Constructive Resolution of Disputes, agrees.
“For 50 years Zambia has enjoyed self-rule,” he told AA.
“This has not only fostered relative cohesion among the 72 tribes, but has also inculcated a culture of nationhood and made the tribes confident in the system of governance.”
Chibuluma called on the world to learn from Zambia’s success.
“The Zambia of 1964, in the immediate post-independence era, was among the most prosperous countries of Africa,” he recalled.
“With its mineral wealth, Zambia had a great economic performance, which was even rated on par with some industrialized countries,” Chibuluma noted.
Along with a strong economic performance inherited from the colonial government, however, the country also inherited a poor socioeconomic landscape, with lamentable human development conditions for indigenous Zambians.
This meant that immense effort was required to carry out social, economic, political, institutional and administrative reforms.
Challenges
Still, many observers voice worry that the current situation, if left unchecked, could plunge Zambia into untold political anarchy and ruin its hard-earned reputation for peace and stability.
“The failure of successive governments to adhere to democratic principles will one day spoil the reputation Zambia has earned as a peaceful nation in the region,” Mutati asserted.
He voiced regret that in recent years Zambia had seen a number of human rights abuses and other undemocratic actions that could, he warned, eventually render the nation ungovernable.
“Hard-won advances are being eroded because governing elites have been made to undertake second- and third-generation reforms that will tackle ineffectual institutions, the de facto exclusion of many segments of society from political life, entrenched corruption, weak checks on executive power and a tilted electoral playing field,” Mutati said.
“As a result, the relatively stable and peaceful democracy that Zambians have worked hard to build is now being threatened,” he cautioned.
The COMESA official credited Zambia’s ruling Patriotic Front (PF) government with carrying out some economic reforms, but noted that it had nevertheless defaulted on several pledges.
“This will drag the country back toward abusive practices not seen since the time of one-party rule,” he warned.
Mutati criticized a new “restrictive” NGO law in particular, which the PF had vehemently opposed while in opposition.
The legislation grants the government sweeping powers to deregister non-governmental organizations and restrict the freedom of association.
In a 2013 human rights report, US Secretary of State John Kerry cited serious rights abuses in Zambia, including arbitrary arrests, extrajudicial killings, prolonged pre-trial detentions, and restrictions on freedoms of speech, assembly and the press.