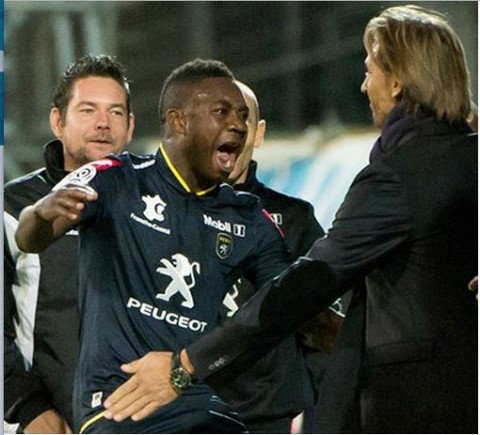 Former Zambia coach Hervé Renard has confirmed his agent is in talks with the Royal Moroccan Football Federation for the vacant post at the helm of the Atlas Lions.

Renard, who now manages French side Sochaux, said on Sunday he intends to conclude his contract at the French club which ends in June before deciding whether to move to the North African country.

“I can confirm my agent Youssef Haijoub has been carrying out negotiations on my behalf with Moroccan officials but there have been many things to clear up there and Morocco is not the only destination on my list at the moment,” Renard said.

“Let’s see what happens after here. In football, you can never say what will happen next. Nothing is certain.”

The Atlas Lions are currently under caretaker coach Hassan Benabicha, but the officials are in quest of an experienced hand ahead of the 2015 Africa Cup of Nation the country will be hosting.

Renard led the Chipolopolo to clinch the 2012 Africa Cup of Nations in Gabon and Equatorial Guinea but left the outfit when he failed to snatch qualification to the 2014 World Cup.