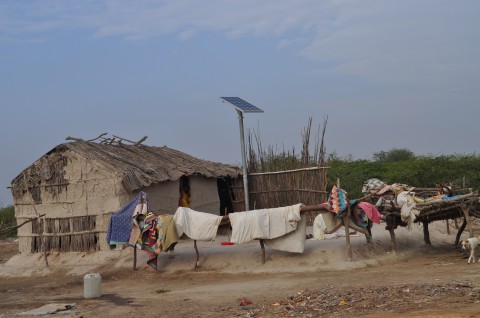 Technology is crazy. It’s constantly improving, changing, shifting and doing things for us that we wouldn’t have imagined 10 or 20 years ago — maybe even five years ago.

I’m constantly at a loss when trying to understand why things are getting smaller, what a hash tag is doing in front of a person’s name or how people manage to keep up with any of this. It took me a week just to understand what a “selfie” was.

It doesn’t matter what I can’t keep up with, especially when I’m trying to keep up with it while living in a Zambian village, because even my village is changing.

With more than one billion people, Africa represents a large portion of the market available to technology manufacturers and companies like Samsung and General Electric.

It’s in this area of cell phones that I notice the largest growth in technology adoption. Nearly every person has a cell phone and nearly every street corner is staffed with peddlers trying to sell a newer, better model.

These phones often provide villagers with Internet access, and although the uptake of this crazy notion called the World Wide Web is slow, it is gaining. It’s only a matter of time until my villagers start asking for my email address and we’ll be able to stay in touch long after I’ve left for the U.S.

Though the phones here aren’t as nice as those back home, some aid groups are trying to use phones to improve people’s lives.

For instance, there’s a texting service that rural, small-scale farmers can use to find the price of certain commodity crops like soybeans, corn and beans on the world market. The service will even identify companies that are buying these crops and provide the company’s contact information.

The Peace Corps in Zambia is also getting into the technology game through its partnership with a local technology hub called the Bongo Hive.

Last year this partnership created a cell phone application called Bantu Babel, which helps translate many of the local languages into English.

Twice a year, volunteers team up with local tech enthusiasts during a “hackathon” to brainstorm and create new development-focused applications and programs. Next up from the Bongo Hive group is a transportation-inspired application.

There has also been startling growth in the use of solar panels throughout my community’s villages. Where there were no lights nearly two years ago, and only the occasional candle, there are now families using solar panels to charge not only their cell phones but to power light bulbs in their huts.

As an American abroad, the growth of technology in Africa has been great. I have a cell phone that let’s me text and call the United States — for a small fortune — check my email and Facebook accounts daily and I’ve even started a Twitter account from my hut based on all the things my favorite villager, Mr. Nshimbi, has said to me throughout my service. These newspaper articles are products of Zambia’s growing connectivity.

A fellow volunteer, Caleb Rudow, has greatly surpassed my own use of technology to stay connected by creating something that I affectionately call the “war room” in his hut.

He has an entire solar system for his computer to use and through that he can Skype with his family in the United States — right from his hut. I always know when Caleb is in the war room because I’ll get email after email from him in regard to projects I’m connected to, projects that may interest me or just friendly emails to check in.

In the future I see technology’s use only growing throughout rural communities, especially in the area of public health.

Text messaging services will play a greater role, for example a mother could receive a text reminder for when her child is due for a vaccination or what dietary needs the mother should meet while cooking dinner.

Ultimately, the spread of technology to villagers will only increase their connectivity and access to news, knowledge and information.

What slowed them before, inability to access information, is slowly being chipped away at, allowing those wanting the information to have access to the world’s databases — essentially connecting us all and making life a little easier.