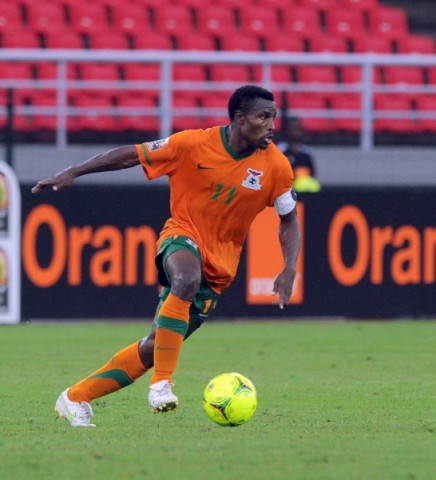 VETERAN football coaches have slammed Chipolopolo captain Christopher Katongo for his comments that playing for the senior team was the preserve of the experienced players.
Katongo on Wednesday night stirred up some controversy when he refused to acknowledge the impact young players made in the 2-1 win over Uganda in an international friendly match.
In a post-match interview at the Levy Mwanawasa Stadium in Ndola, Katongo said there was no room for inexperienced players in the Chipolopolo set up and failed to recognise two-goal hero Evans Kangwa.
“We won’t take out the experienced players just because you play two, three games at Nkana or whatever for one week or six months then he comes and plays Africa Cup of Nations. We are not going to take that,” Katongo said.
But Boniface Simutowe in an interview yesterday said featuring for the senior national soccer team was not a preserve of experienced players only.
Simutowe said that experience alone can never win games for a team but that there was need to blend young talent with experience.
He said selection to the national team should be based on performance as well as experience.
“We need to mix experienced players and the young upcoming players who prove they can make an impact when they are given a chance to play,” Simutowe said.
The former Zambia soccer team coach said as team captain, Katongo should strive to inspire young players to perform well and that such a statement had the potential to demoralise upcoming players.
He said playing in the national team had no age limit provided that individual players were performing to the best of their ability.
Simutowe called on the technical bench to be transparent in the selection process of players to the squad. He said playing names will not help the team to achieve positive results.
And former Nkana player and coach Jerico Shinde also expressed disappointment with Katongo’s sentiments.
Shinde said in an interview that competition should be a key driver on which the squad must be selected.
He said it was unfortunate that instead of Katongo fighting hard to keep his place in the team, he had resorted to hiding in the name of experience.
Shinde said Chipolopolo coach Patrice Beaumelle must put his foot down and go for players he feels can deliver good results for him.
“I am very shocked that a senior player like Katongo can be saying such things. It is very sad especially that he made reference to Nkana when it was Kangwa, a Nkana player who scored the goals. I think he should tone down and show his relevance on the pitch and not in talking,” he said.
While Katongo showered no praise at the young players’ performance, Beaumelle was happy with Kangwa’s show during the match.