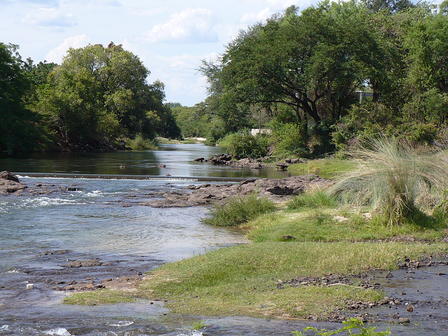 A PREGNANT woman and her two-year-old daughter have drowned in Muchinga Province.
The two were swept away by a strong current when they tried to cross Kayonga Stream last weekend.
Muchinga Province deputy Police chief Bony Kapeso confirmed the death of the 27-year-old woman, who was seven months pregnant, together with her daughter.
Mr Kapeso said in Chinsali yesterday that the body of the woman was retrieved, while that of her daughter was still missing.
He identified the woman as Juliet Namwayi and her daughter as Abigail Namfukwe of Longwe Village in Chief Mwenechifungwe’s area.
Mr Kapeso said the search for the missing body had continued.
Meanwhile, five herds of cattle have been killed by lightning in Luchena Ward in Chief Shezongo’s chiefdom in Itezhi Tezhi District.
The cattle died instantly after trees they were sheltering under were struck by lightning around 13:00 hours on Tuesday.
Luchena Ward councillor Boston Munamonde said no human lives were lost when the lightning struck.
“We are devastated by the incident and up to now, we cannot believe what happened,” Mr Munamonde said.
He also said stray elephants on Tuesday destroyed some maize fields in the chiefdom.
He said that efforts to drive the animals away by the villagers proved futile.
Mr Munamonde appealed to the Zambia Wildlife Authority to help drive the animals away from people’s fields.