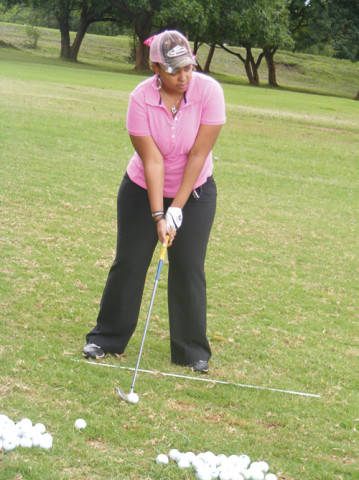 THE 2014 Mopani Copper Mines Zambia Open Golf Championship will be richest-ever in the history of the local sport after tournament organisers set R1.5 million (about K780, 000) as prize money for deserving players.
With the prize money shooting up by R300,000 (about K156,000) from last year’s competition, 82 top campaigners on the Sunshine Tour, who include defending champion, Adilson Da Silva, have already signed up for this prestigious event to be staged in Kitwe.
Nkana Golf Club captain, Elario Musonda said the Mopani Zambia Open would be the most lucrative in the history of local golf.
According to the Sunshine Tour website, Da Silva, a Brazilian, and two other past Zambia Open champions, Tyrone Ferreira and Desvonde Botes from South Africa are among the earliest ‘birds’ to enter the richest tournament in Zambian golf history.
Zambia’s golf prodigies, Madalitso Muthiya and Dayne Moore have also entered the tournament which Nkana Golf Club will be hosting in May.
Also planning a trip to Kitwe are seasoned Sunshine Tour campaigners like Englishman, Jeff Inglis and South Africans, Christiaan Basson, Jacques Blaauw, Charl Coetzee, Douglas McGuigan, Mark Williams and Titch Moore among several others.
Musonda said the club was delighted with the interest shown so far by top golfers on the Sunshine Tour.
He said the club, which was undergoing a massive facelift, wanted to see more professional players participating in the tournament.
Musonda said Nkana was now waiting for Sunshine Tour officials to inspect the club facilities next week as Kitwe gets ready to welcome world-class golfers.
Nkana will stage the Mopani Zambia Open Championship, which will be preceded by two Pro-Ams, will be held on May 15-18.
And the organising committee of the 2014 All Africa Junior Challenge will hold its first fundraising tournament on March 14 at Chainama Hills Golf Club.
Chainama captain, Killian Mwela said the organising committee was determined to raise the budgeted K325, 000.
Mwela said in a statement that Chainama was hoping to raise at least K50, 000 from the March 14 event.
He said the club had also embarked on several initiatives to raise the funds to host the continental showpiece in April.
The All Africa Junior Challenge will be competed for by 16 countries in Lusaka.