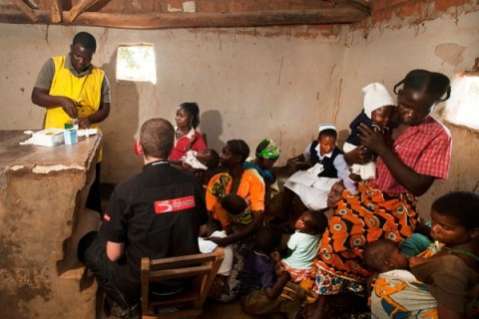 Speaking when he inspected the mother’s shelter at Chadiza district hospital which has been abandoned because the supplier has failed to provide adequate up-front materials, Mr Phiri said some contractors lacked seriousness and should not be awarded contracts.

The DC observed that the tendency has potential to derail the community’s collective resolve to work cordially and bring development.

“I have noted that the bricks that have been provided for the construction of the mother’s shelter are not properly moulded and they are not even enough to match the money that has been released for this foundation. I want to inform you that government will not tolerate any such moves as they can only bring confusion. That is why we say villages are more organized than people in urban areas because if it was in the village set-up all the upfront materials would have been here,” Mr Phiri said.

He charged that Phulantenga, the contractor who was supplying up-front materials for the construction of the mother’s shelter, was doing a disservice to the residents for not being honest in his dealings.

The DC said if the supplier had supplied adequate upfront materials, the shelter could have been completed by now.

Mr Phiri said doctors and nurses were being inconvenienced by the increasing number of mothers and relatives who sleep in admission wards together with patients due to lack of a mother’s shelter at the health institution.

Mr Lungu said the supplier did not supply the required and agreed targets and has insisted that the money he was given has finished.

But the District Commissioner has demanded to have a meeting with the supplier because the money has not been accounted for what has been provided for by the supplier.