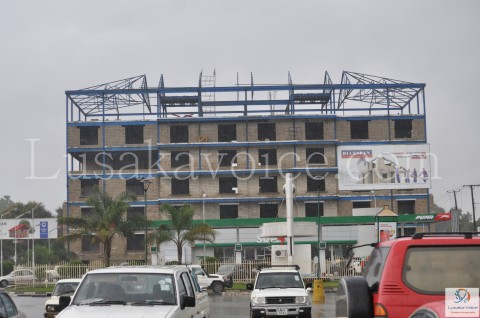 The Non-Governmental Organisations’ Coordinating Council (NGOCC) has appealed to government to rescind its decision on lifting tax exemptions for public benefit organisations (PBOs) through the implementation of Statutory Instrument number 103 of 2013.

NGOCC Executive Director Engwase Mwale said implementing SI 103 will negatively affect people at the grassroots because it will make it harder for the public benefit organisations to assist needy communities.

Ms. Mwale said the withdrawal of such tax incentives will push up capital costs for the organisations concerned and ultimately push up the cost of programme implementation.

The NGOCC Executive Director was speaking when she made a submission to the committee of delegated legislation at parliament building in Lusaka today. The committee was chaired by Namwala Member of Parliament Moono Lubezhi.

She said the withdrawal of tax exemptions for PBOs will impede service provision to the people at the grassroots level especially women and children.

“The withdrawal of tax exemptions for PBOs is not in public interest especially for a country like Zambia with high poverty levels that require concerted efforts. It is a given fact that PBOs have contributed substantially through their services,” Ms. Mwale said.

She said the resulting increase in the cost of operations for most PBOs with the implementation of SI 103 will definitely disadvantage the organisations and force some of them to either shut down completely or scale down their operations.

“And because programmes would be scaled down and some halted, this will negatively affect the charitable and humanitarian services being provided by some PBOs such as advocacy to end Gender Based Violence, HIV and AIDS prevention programmes as well as maternal health service provision,” Ms. Mwale explained.

Ms. Mwale said on a broader perspective, it must be recognised and accepted that PBOs were partners in development through complimentary efforts with government because they were taking basic services to communities which do not ordinarily receive government services.

She said ultimately, the poor and marginalised people in society would be the losers as some of the equipment such as motor vehicles, machinery and equipment were essential in service delivery of most of the non-state actors.