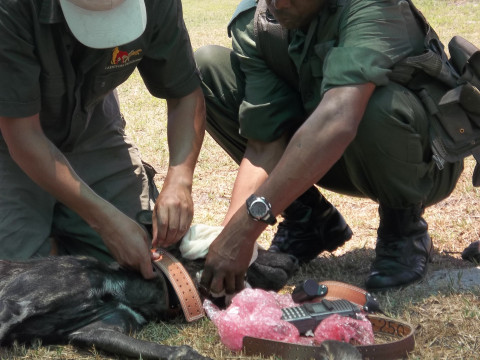 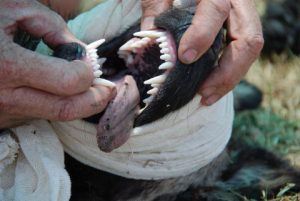 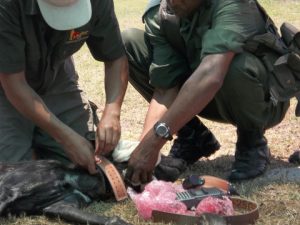 African Parks and the Zambia Carnivores Programme have teamed up to study wild dogs at Liuwa National Park by fitting VHF collars to three dogs in 13 member packs in an ongoing research that begun in 2010.

The aiming of the research is to study a range of characteristics and trends of wild dogs such as their birth and mortality rates, hunting efforts and successes as well as their behavioural their prey species.

The study will also involve kleptoparasitism by hyena and lion, which is a form of feeding where an animal takes prey or food from another that caught it.

The VHF collars, which are expected to be functional for three years, will enable researchers to track them from between two to four and kilometres on the ground and ten to fifteen kilometres from the air within the 3 660 km² expanse of Liuwa Plain.

Egil Dröge of ZPC, who leads the research with his colleague Jassiel M’soka, believes that the current pack of 13 will probably split into three to five groups and pair with other wild dogs in Liuwa to form new packs. He says, “Currently there is no breeding potential within the pack as it consists of the alpha female and her offspring from 2012. The offspring from 2010 all left earlier this year in three different groups while the offspring from 2011 sadly died in a natural fire at their den. The alpha male died last year during the denning period.”

Egil Dröge offers more information on the research. ”At Liuwa our study of wild dogs is researching their effect on their main prey, namely Wildebeest, Zebra and Oribi. From other studies it is known that predators can affect the body condition, including the fertility rates, of their prey,”

The Zambia Carnivore Programme, in collaboration with African Parks, is dedicated to the conservation of large carnivores (the African Wild Dog, Cheetah, Lion, Leopard and Hyenas), their prey and the habitat in which they live in Zambia.

African Parks is a non-profit organisation that takes on total responsibility for the rehabilitation and long-term management of national parks in partnership with governments and local communities. They currently managing the Bangweulu Wetlands Project and the Liuwa National Park in Western Province.