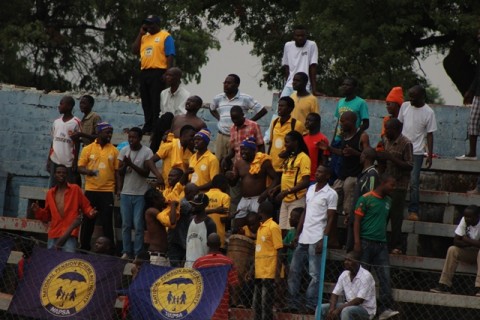 SUPER Division champions Nkana will ensure security is enhanced ahead of next month’s CAF Champions League preliminary round clash against Swazi outfit Mbabane Swallows.
This follows Football Association of Zambia (FAZ) communications manager Erick Mwanza’s warning to the Kitwe giants to tighten security or risk facing sanctions from the national soccer governing body and the Confederation of African Football.
Nkana secretary Kenny Mwansa said in an interview yesterday that the club is making arrangements with Zambia Police Service to see how best security could be enhanced before, during and after the games.
Mwansa said it is the club’s concern to sensitise its supporters on the dangers of hooliganism especially in international matches.
He said the club will ensure all the games are played in a safe and sound atmosphere and warned supporters to desist from any kind of violence regardless of the results.
Mwansa said the club is aware of the price resulting to non-adherence to CAF security rules and will ensure security is tightened.
Nkana are scheduled to travel to Swaziland on February 9 before hosting Swallows a week later.
Meanwhile, Nkana will face Democratic Republic of Congo giants TP Mazembe next Saturday in an international friendly in Lubumbashi.
Mwansa said they will also take on another Lubumbashi-based outfit Don Bosco the following day.
Nkana face South African side Mamelodi Sundowns today at Kitwe’s Arthur Davies Stadium and Don Bosco next Monday at the same venue.
Sundowns and Don Bosco are in the country competing in the four-club international tournament organised by Power Dynamos and Zesco United.