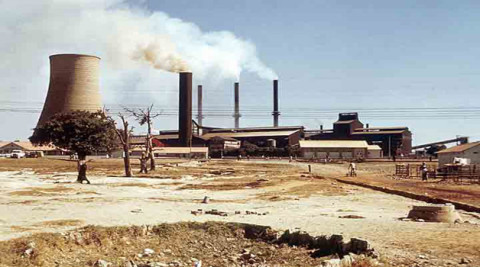 The ESTABLISHMENT of Kansanshi Mine Smelter will create about 1,500 jobs during the construction phase, says the Environmental Impact Assessment (EIA) report on the Kansanshi Copper Smelter project.

The EIA report says if approved, the smelter, to be located within the premises of Kansanshi Mine, will be constructed at a cost of US$640 million and will have a lifespan of 20 years.

The report states that both skilled and semi-skilled personnel will be required during project implementation of all phases.

Unskilled labour needed during project implementation will be drawn from local communities.

The EIA report further states that there is need to construct the smelter by 2015 because Kansanshi Mine produces copper cathodes and copper concentrates that are currently transported by road to smelters on the Copperbelt for treatment, which presents logistical, infrastructural and environmental challenges.

The other reasons are that copper production has increased and is expected to rise further by 2015.

Additional copper concentrates are expected from the First Quantum Mine Limited’s Sentinel Mine once it becomes operational in 2014, and combined Kansanshi and Sentinel mines’ production is expected to be 1,200 tonnes of copper per annum.

“Therefore, Kansanshi Mine plans to undertake the project to construct and operate the Kansanshi Copper Smelter to treat copper concentrates from Kansanshi and Sentinel mines,” the report says.

The smelter is expected to benefit the local community economically and a new road will be built from Sentinel Mine to Solwezi.