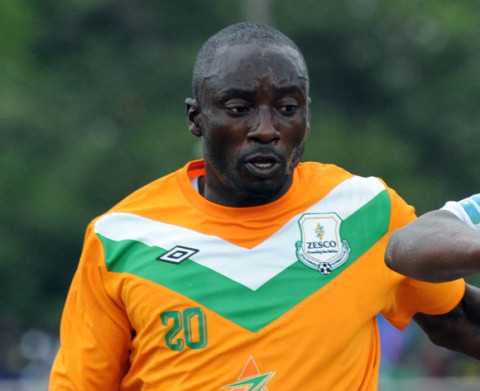 The 30-year-old defender, who joined the club last year from Napsa Stars, walked away with the most consistent player award during Nkana’s awards gala held in Kitwe on Saturday.

“I am just praying to God that I have less injuries this year and all I want is just to play every game. I want to work hard because I know there is competition in the team,” Mwanza said.

Mwanza was a constant feature in Nkana’s backline in the 2013 season on the Kitwe sides’ route to winning the FAZ Super League title last year.

“It has been a fantastic year. It (The award) is also is my second award after winning the other when I was at Zesco United,” Mwanza said.

Meanwhile, Mwanza said Nkana are working hard ahead of the title defence and their 2014 Caf Champions League outing in the first week of February when they face Mbabane Swallows of Swaziland.

“I want to urge the fans to come in numbers this season. We are playing continental football this year so it is important for them to be behind us,” he said.