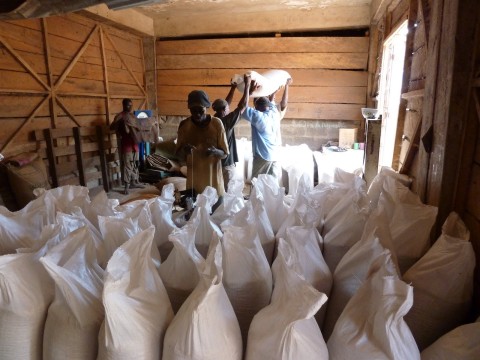 NYIOMBO Investments, one of the companies engaged to supply fertiliser under the Farmer Input Support Programme (FISP) has started hauling its share of 32,000 tonnes.

Last week Government engaged Nyiombo and Neria Investments to supply and deliver 42,000 tonnes of fertiliser to farmers that did not benefit from the 50,000 tonnes that was procured from Saudi Arabia last year.

Nyiombo Investments operations manager Kwazi Dlamini said in an interview during the week that his company had since started distributing urea fertiliser to the farmers.

Mr Dlamini said that so far 8,000 tonnes of urea out of the contractual 32,000 tonnes had already been delivered to the farmers.

He said the exercise was on course and would be completed within the 21 days timeframe especially that rains had already started.

“Since we have been given up to the end of January to ferry the fertiliser we want to ensure that we finish by mid-January all things being equal,” he said.

He said the challenges would only be with how quick farmers collect the commodity from storage facilities because of limited capacity.

He cited Lufwanyama as one area where the fertiliser had already been distributed but farmers were slow in collecting their allocations.

Mr Dlamini said his company had been contracted to supply fertiliser to Southern Province, part of Central, all districts in North Western and part of Copperbelt Province.

He said his company had also continued to sell fertiliser to farmers who were not captured under the FISP as a way of ensuring that they had access to inputs.