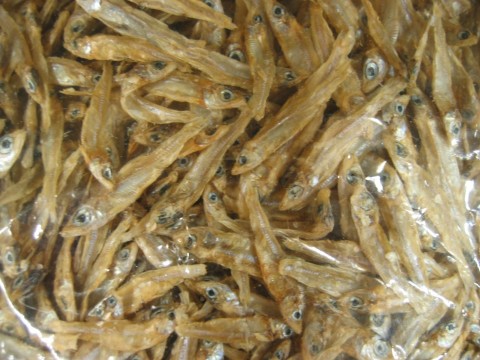 A THIRTY-SEVEN-year-old man of Lusaka’s Kalingalinga Township wants to divorce his wife because she cooked Nshima with kapenta for his mother.

The man told the court that it was not in order for his wife to prepare Nshima with Kapenta for his mother instead of Nshima with chicken.

This is in a case where Maulu Chisakati sued Sepiso Akafandelwa 34, of Lusaka’s Woodlands Township after she allegedly prepared Nshima with kapenta for her mother in-law.

Facts before the court were that the two got married in 2011 and have one child but problems in their marriage started last year when Chisakati’s aunt told Akafandelwa that he had found another wife for her nephew because she did not love his relatives.

Chisakati told the court that his wife did not love his relatives because from the time the two got married in 2011 she had never bothered to go and visit any of them.

He said his wife was also strict with him and she never gave him time to spend with his friends as she monitored his movements like he was a young boy.

Chisakati told the court that although he knocks off from work at 17:00 hours his wife demanded that he reached home by 17:30 hours or 18:00 hours if he delayed.

“I don’t even have time for my friends, I did all she wanted me to do but giving my mother Nshima with kapenta is unacceptable,” he said.

And in her defence, Akafandelwa told the court that since the two got married her husband had never complained about anything which showed that all was well.

She said shortly after the two got married, she went to school in Mongu to study teaching at Mongu Teachers Training College and would only come home on holidays only for a month hence she never had enough time to visit his relatives.

Akafandelwa said the main reason her husband wanted to divorce her was because he had another woman he wanted to marry.

“Before I came back for the December holidays, my husband told me that I should not return to his house because his aunt had found him a wife to marry and everything was paid, and when I came back he told me the same thing in person,” she said.

But Magistrate Sharone Sichone refused to grant divorce and advised the couple to go and resolve their problems outside court.

She added that the reasons advanced for divorce could not stand and advised the couple to seek counsel from their families.