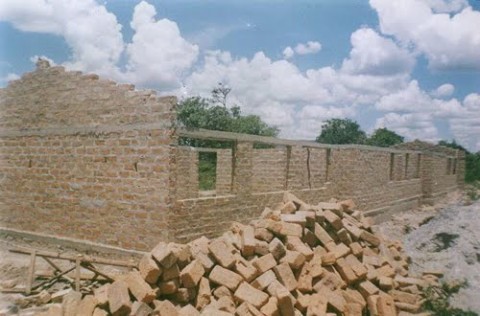 Workers engaged by Savenda Construction Company to construct Menje Boarding Secondary school in Mbala have gone on strike for non-payment of wages ranging between 1 and 10 months.

The stoppage of work by the workers has contributed the school project not to be completed on schedule.

This came to light when Northern province Permanent Secretary Hlobotha Nkunika made a prompt visit to the project site to check on the progress.

And Mr Nkunika has expressed disappointment with Savenda Construction Company for the slow progress of the project which started in 2011 and was expected to be completed in February this year.

He said the delay in completing the school on schedule will disadvantage the children who would have started learning at the school this year.

But Savenda Construction Site Engineer, Titos Muvunavuna said the remaining works can be completed in three months time if workers are paid their wages on time.

The Permanent Secretary said although he was impressed with the quality of the workmanship, there was need for the contractor to look into the welfare of workers by paying them their wages so that the works can resume.

Mr Nkunika assured the workers who pleaded for his intervention that he would engage Savenda Construction Company Director, Felix Mwansa in Kasama to find the solution to the non-payment of their wages.