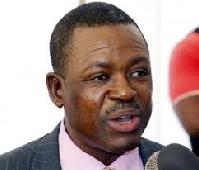 Justice Minister Wynter Kabimba has welcomed the establishment of a tribunal to probe allegations that he abused his office and breached the oath of secrecy in his capacity as a government Minister.

The three member tribunal to be chaired by Judge Evans Hamaundu has been constituted following the application by former MMD Solwezi Central Member of Parliament Lucky Mulusa and civil rights activist Brebner Changala to have Mr Kabimba investigated.

The other two Judges to sit on the tribunal are Gertrude Chawatama and Justine Chashi.

The tribunal is meant to investigate whether Mr. Kabimba did abuse his office or not when he allegedly used a government legal opinion offered to him in his capacity as Minister of Justice by the Solicitor General Musa Mwenya to allegedly pursue a private agenda

of the ruling Patriotic Front (PF) and subsequently by a private litigant.

The tribunal is also said to investigate whether or not Mr. Kabimba in his capacity as Justice Minister did breach his oath of secrecy when he released a clarified government legal opinion for use by the ruling PF and subsequently an individual litigant Mr. Leonard Banda.

But Mr. Kabimba has told Qfm in a telephone interview that he is ready for the said tribunal.

Meanwhile Mr. Mulusa who has also welcomed the establishment of the tribunal says he and his fellow applicant Mr. Changala appreciate the swiftness and efficiency with which the tribunal has been constituted by acting Chief Justice Lombe Chibesakunda.

Mr. Mulusa says he hopes the tribunal will start doing its work as soon as possible.