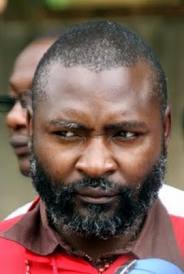 Alliance for Better Zambia leader Father Frank Bwalya has appeared in the Kasama Magistrate for the charge of defamation of the president and proposing violence.

Fr Bwalya, 45, is alleged to have defamed president Sata, and proposing violence during a Radio Mano Interview in Kasama on Monday.

And Principal Resident Magistrate Vincent Silota has granted Father Bwalya a 10-thousand kwacha cash bail in his own recognizance with two working sureties.

Father Bwalya has told Magistrate Silota in a fully-packed courtroom that he understood the charges before the court but denied them.

And Magistrate Silota has adjourned the matter to 21st January, 2014 for mention and 6th February as date for trial.

Particulars of the offence are that in the first count, Father Bwalya is accused of uttering defamatory words with intent to put the name of the President into ridicule, hatred and contempt contrary to section 69 Chapter 87 of the Laws of Zambia.

In the second count, Father Bwalya is accused of proposing violence through his utterances while featuring on a radio programme.

She told ZANIS News that the opposition leader has been charged with defamation of the President contrary to law. ZNBC